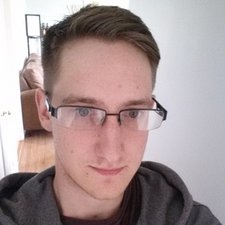 My nexus 5x is bootlooping

So I got my nexus 5x secondhand.

I know it is an older phone so of course there’s gonna be issues plus its used so even more issues.

out of no where one day the phone froze for a few seconds and then started boot looping.

after explaining what happened and the details (how it wouldn’t actually fully boot without being plugged in) my roommate suggested it was a power issue so I should replace my battery. I promptly bought a new battery and replaced it today. I hoped for the best. I used the replacement guide on this site. everything went well and I charged the new battery to full before trying to turn it back on.

I just went to turn it back on after charging and its still boot looping.

I have no idea what the issue might be. I’ve cleared the cashe and done multiple factory restarts but nothing is working.

as I’m typing this question it is sitting next to me boot looping, every now and then letting me go through a step of the setup but no further before it freezes and starts boot looping again.

is there anyway at all that I can save this phone?

Nand Chip problem.... The memory.... When yo open your phone And heating like 2minit on 200celsius the Chip, after you can start normal And také the data out..... This fix is for max 2days.... Oficial solution is reball.... But not possible in home