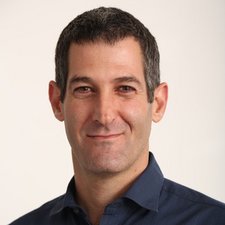 I'd like to connect my old Mac G5 to wifi. I have the wifi antenna which is plugged in but do I need some sort of card or adaptor?

Yes, there is an AirPort Express card (802.11b) you could get as an option. Sadly, today we are using much faster WiFi connections and it's likely your router (AP) won't support this older standard. I would recommend getting a standalone AirPort Express unit so you can hook it up via the Ethernet port on your system to then connect to your router over WiFi.

But before you go down this path... Are you sure you want to connect your system to the internet?

Most of the software your system is using won't offer the same fidelity as newer systems running newer OS & apps. Besides, your systems security could be at risk as Apple has long since stopped issuing updates on the older OS's this system uses.

How about converting the system into a Hackintosh?

Your kids might enjoy doing the project too! Here's Tony's web site that gets into doing it: My PowerMac G5 Hackintosh Build. While the site is a bit dated it can lead you into a fun project and in the end get something better suited for todays web.

Thanks for the detailed response.

Yes a bit slow on the uptake :) The machine was connected via Ethernet and since I upgraded it'a been sitting around for many years so I thought I'd connect it for my kids.

I was hoping I could connect them to the internet but I hear you ... may not be worth it.

Btw, do you know where I could get one of those antique cards? :-)

Best bet to look on eBay to find the card.

I would hold off giving it to the kids still running OS-9 as you only get WEP and you can't put any monitoring or parental control apps on the system (just to dated an OS). This is if you are letting them onto the internet.

Thanks again, love the Hackintosh idea!

If you have the right router you could even switch on "Daily Acces-Times, Per-Day-Datavolume etc. for the kids.

But consider: WiFi will adapt to speed of SLOWEST DEVICE in the same network!

The only issue is that Safari does not handle newer websites: But you can download "TenFourFoxG5" and you are fine - WITH PARENTAL CONTROL ADD-ONS, SCRIPT-BLOCKERS etc.

I have a second airport-card in an old G4 if you are interested..

I consider your response rude (saying you are late for the party), if I can drive my 2001 vehicle then why i cannot use my iMac (2005 model) for simple Internet connection. I was using it till about a year ago.

Sometimes you really need to read the details to understand things the question was on a Mac G5 which was sold between June 2003 & June 2004. Parts are not readily available and the computer industry moves at a much faster rate than cars as they are still evolving!

Your iMac is a lot newer! And the answer does not apply in anyway to your system.

How about creating a fresh question with your systems details and what you are having a problem.

i know this is a necro post, crypt keeper kinda old. i did happen to latch on to 3 units and i never got one when they first came out. i’ve cobbled parts from the three into a nice graphics making machine. i want to also get some older 3d apps. i’m learning 3d printing)…i own a version(9) of Lightwave and might need to connect its dongle that will probably need access to the web, and some Adobe products as well. i also just thought i need to check the other machines, there may be an airport in one already.
what would be the best work around, including sneakerware to best utilise this machine?