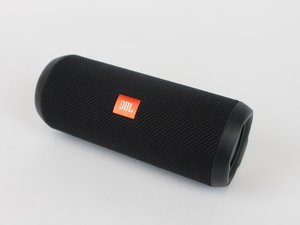 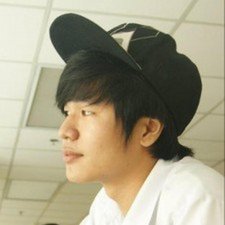 Turns on but buttons not working

Question guys. All the buttons on my flip 3 suddenly does not work. I can turn it on using the power button but after that, all buttons does not work even powering it off again. What do you think guys? Thanks in advance.

See My jbl flip 3 was working out really well but until after a while the turn on button stopped working. I can't even turn it on. What I usually do is plug it to my computer and it will turn on but know it won't even turn on. The battery is at 100% and I need it fixed. Anybody know how to fix this?

My jbl speaker Buttons not working

How can fix it? I have this problem. Help pls

Had the same problem. It seems like a design flow.

If you remove the 'grill-like' covering (see Youtube link below) you'll find the buttons are responsive again.

I removed the grill and voila it started responding. But as soon as I put this grill covering back on tight the same problem recurs.

So I've kept the grill covering lose. Not ideal but it continues to work.

If you have any other solutions please let me know.

I had the same problem. Also when the grill is off, it works again. Its a design flaw. Problably a case of creep of the plastic cover.

The cause that the buttons are not working is that the button below the power button is constantly pressed when the grill is on. I found out that it also works when you very slightly lift op the plastic around the jammed button by putting your nail inbetween the plastic and the grill.

When this doesn't work you can try to just slightly release the six screws under the grill.

Combining this solutions I got it working again, with the grill on.

Take off the cover and loosen up the screws just a little until the buttons become responsive.

I faced a same problem

What i did was

If your device is on and the button isnt responding

Wait for a little while, about 10 minutes and try to turn on again using the power button.

If it doesnt work try to plug in on a charger and press + continously until the device turned on by itself(there will be red light) and wait again for 10 minutes.

As i know different device has different period of resseting, so if your jbl is little bit old so you need to wait for little longer.

I hope it'll work . Cause it worked on mine.

Having checked other sources and emailed with JBL, the problem seems to stem from the battery expanding. I am on my 2nd unit now. 1st had the button issue. I use 8 hours a day and used to keep it plugged into an iPhone charging brick all day and night. This probably caused the battery to get too warm and expand, putting pressure on the buttons and not letting them function. I now charge it until all the indicator lights are on then unplug it. I also then run it down to when the warning light comes on before charging again. Hope this helps. They are great units for the money.

I had the same problem: the buttons didn´t work and it only could be used while charging.

I opened the jbl flip 3 and found out that the battery got wider due to degradation and was pushing upwards the buttons causing them not to work. I changed the battery for a new one and it now works perfectly fine.

It seems that is a design flaw and that many jbl flip have this issue at 2-3 years of life. I have two of them and both had the same issue.

I hope this can help others!

I had the same with the ON and BT buttons. The adhesive foil under de cover holds down the buttons. I lifted them free and slide a tiny piece of wire on both sides between the foil and cover. I wonder how long it will last this way. Thanks a lot for the tips, guys and girls!

I tried removing the grills, and realized one side was way harder to do than the other (the one without the buttons on my unit). I tried to lift it so it was almost the same as the other, than the buttons worked. I also removed it completely and put it back on just to be sure, and it still works.

Turn off your flip 3 by pressing volume(+&-),Call, and Bluetooth.

Then remove the grill and then put the grill back on

had the same problem and was able to solve it:

I disassembled more or less the whole speaker (use the right screwdrivers, not to mess up the screws) following some youtube vids.

I found two problems for the buttons not working and solved them like this:

1) The flat cable connecting the buttons with the circuit board tends to slip out of its “gripper” on the PCB.

I slid it back in, closed the gripper and put a little tape on top

2) The Bluetooth button tends to get stuck, wich causes the power button not to work any more. To solve this I opened the ruber cover between PCB and outside cover. There is a white/transparent plastic piece attached below, that has the same function like a “rubber dome” in a keyboard. It has two little noses on its bottom to push on the buttons on the PCB (power and Bluetooth). I cut off a part of the bluetooths nose, to give the button on the PCB more space to come up again. Obviously dont cut off too much…

after reassembling everything works as it should again and Im happy.

playing around holding 2 buttons down at once and have found out quite a few things about these buttons, one of them being able to disable the buttons all together, none would work, here’s what i did; right below the power button is the link button, while on a charger and charging light lit press and hold the link button below the power button and the volume + button, all the buttons will either stop working or begin working again for you, I hope this helps

button not function even it full charge