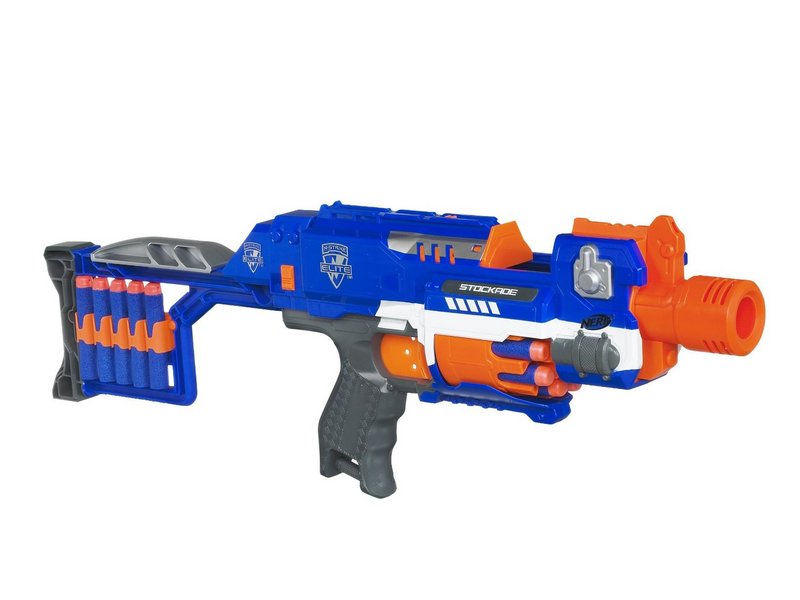 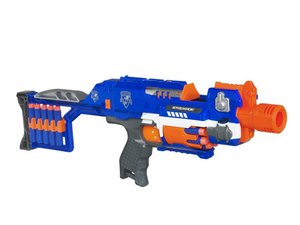 Officially marketed as Nerf Blasters, Nerf guns are toy weapons made by Hasbro that fire foam darts or, in some cases, foam balls.

Nerf Guns, or Nerf Blasters, are toy dart gun products owned by Hasbro that fire ammunition such as darts, discs, or balls constructed from foam. The first Nerf Blaster, the Nerf Blast-A-Ball, was released in 1989.

Launched in 2003, the products in the Nerf N-Strike series are among the most notable Nerf Blasters. These Blasters fire foam darts with rubber tips up to a range of 35 feet. This series is designed to resemble real-life munitions and offers customizable attachments, including scopes, shields, and barrel extensions. This series was replaced by the Nerf N-Strike Elite line in 2012, which upgraded to a direct plunger firing mechanism that launches darts up to 75 feet. Nerf launched the Rebelle series in 2013, which includes colors and designs marketed towards girls. In 2019, Nerf introduced the Alpha Strike series, which is a budget friendly Blaster. That same year, the Nerf Ultra was released and is claimed to fire ammo up to a range of 120 feet.

Other Nerf Blaster products include: