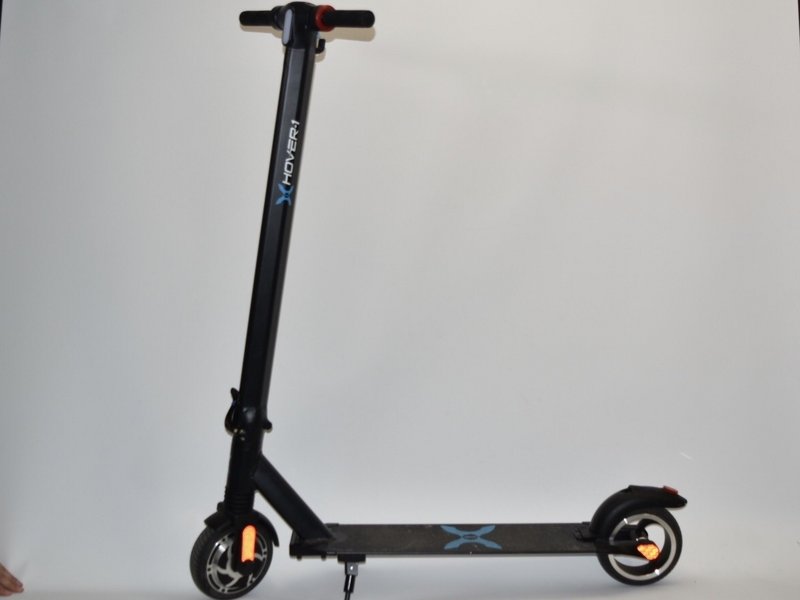 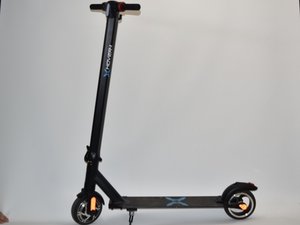 The Wheels Are Stuck

The wheels aren’t turning when the throttle is pressed down.

The Scooter Hasn’t Been Pushed before the Throttle is Engaged

The Scooter Hasn’t Been Powered On

If the screen display isn’t displaying speed, the scooter isn’t powered on. Hold down the blue power button until the display turns on to power the scooter on.

If the display indicates that the battery isn’t holding charge, consider replacing the battery.

The Throttle Lever is Faulty

If the scooter still isn’t responding to throttle input, examine the wires that connect the throttle lever to the motor. Make sure none of the wires have visible damage. A damaged wire replacement guide can be found here.

The Motor is Defective or Not Receiving Power

The Wheel(s) are Defective or Non-Functional

The Headlight Doesn’t Turn On

The headlight beam will not power on or appears to be cracked.

The Scooter Hasn’t Been Powered On

The LED is Damaged or Faulty

A cracked headlight or damaged LED can cause the headlight not to shine. If your LED is damaged or faulty, consider replacing the LED. LED replacement guide can be found here.

If the display indicates that the battery isn’t holding charge, consider replacing the battery.

The Lock Release Hasn’t Been Pressed

The Hover-1 Eagle features a safety lock, which holds the stem in place when the scooter is unfolded. In order to refold the scooter, press the blue lock release mechanism, located at the bottom of the stem near the front wheel.

If the scooter stem doesn’t remain folded in parallel with the base, check that your scooter handles are hooked to the base. The Hover-1 Eagle features a hook by the display screen that needs to be hooked onto the back safety brake in order for the scooter to remain folded.

The Folding Hinge or Lock Release is Sticky

The Kickstand Doesn’t Support Itself

The kickstand buckles under weight and doesn’t support itself or the scooter.

Make sure the kickstand is in a fully extended, vertical position before releasing it to stand on its own. A kickstand that is not fully extended can buckle and cause the scooter to fall.

The Kickstand is Too Short or Appears to Be Broken

The Kickstand is Wobbly

The pin that connects the kickstand to the scooter can become loose, broken, or defective, causing the kickstand to wobble and be unstable. If your kickstand is wobbly or your pin appears damaged, consider replacing the pin.

The Kickstand is Sticky or Won’t Extend

If your kickstand is sticky or has trouble extending fully, consider applying a lubricant such as WD-40 to the kickstand pin and hinge.

The scooter does not slow down when brakes are engaged.

The Brake Pads Are Worn Out

The Brake Lever is Faulty

My scooter hasn't been risen over 5-6 hours when you push off it acts li k e the brake is on.

Any suggestions? My scooter hasn't been risen over 5-6 hours. When you push off it acts like the brake is on.

@Wanda, that sounds like the same problem mine is having except it won’t turn on for me. After light use for a month I pushed off and went 5 meters up the road and my scooter went off and it felt like something was rattling round in the front wheel and now the wheel is stiff. The scooter won’t turn on. I’ve tried and tried to get a replacement front wheel but parts in the UK is like finding a needle in a nationwide haystack.

Replacing the wheel did it help your problem

Good afternoon. I would like to ask for some help with my Hoover-1 electric scooter. It suddenly started to have a `jumping/bumping` movement of the front wheel (as if the brakes were locked up). The control panel turns on but the scooter doesn`t run. Also, the scooter shuts down after I try to accelerate or brake during movement (no issues with control panel while immobile - brake lights respond appropriately). Is it the motor or a short circuit? (all wires seems to be ok) Or is the braking system malfunctioning? Any suggestions on how to fix the problem?