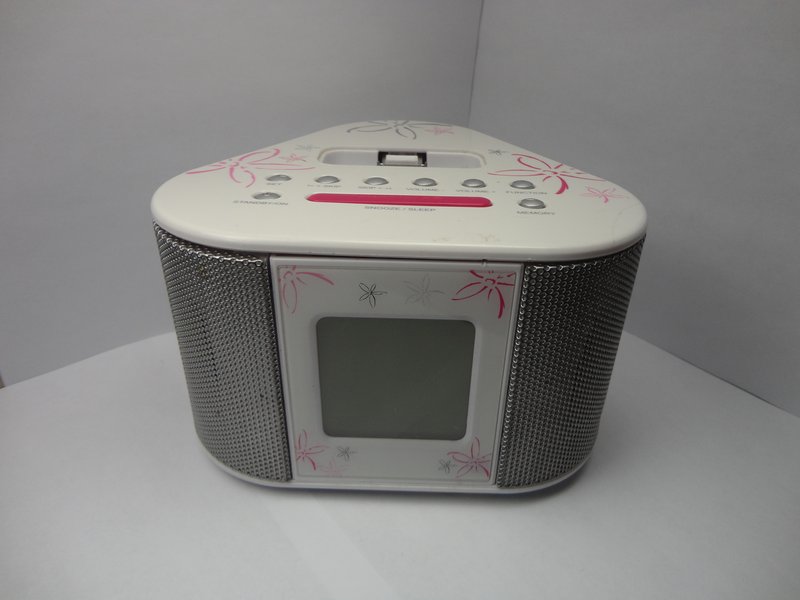 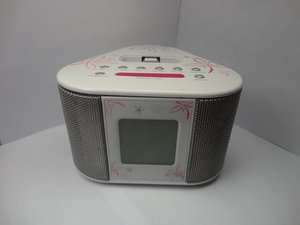 Speakers Not Emitting Any Sound

No noise is coming from the speakers.

If the sound is not working, it may be because the iPod is not completely connected. Check that the iPod is fully pressed down onto the dock. If you have a protective case on your iPod, remove it and try docking again. If you receive an error message on your iPod, it probably is not compatible with the radio or will not charge with this device.

If the iPod is fully plugged in and compatible with the radio but still no sound comes out, it may be that the speakers are disconnected. The speaker wire may become disconnected if the device is shaken, dropped, or there is a manufacturing error. Refer to the Repairing Speakers Guide in order to reconnect the wiring.

If the iPod is fully plugged in, compatible with the radio, and the speaker wire is connected, but still no sound comes out, the lack of sound may be due to a faulty speaker wire. Speaker wire may become faulty due to improper use of the speakers. Refer to the Repairing Speakers Guide to replace the speaker wiring.

Screen is not displaying any information.

Bad Connection to Logic Board

Pressing a button does nothing to the device.

When the button sheet is damaged, the buttons themselves can also not be working properly. The buttons on the button sheet have little sticks pointing out of the back of each button. These "little sticks", the little pieces of plastic connecting the buttons to the circuit board, are what push the actual buttons on the electric board, causing an electrical current to reach the device. If the stick on the back of a button is chopped off or missing, this can be the reason for why the button does not work. You will most likely have to find a replacement and substitute it for the damaged one. Refer to the Button Enhancing/Replacing Guide to find out how to replace the button sheet.

Old and worn buttons tend to not do its job. Overtime, the button will decay and have an indent in the back. This problem will stop the button from pushing the desired pin on the electric board, which is located behind the device's frame. You will need to either adjust the position of the button or buy a new button sheet to replace the old one. Refer to the Button Enhancing/Replacing Guide to fix the buttons or replace them.

Device will not turn on or function.

Clock Not Plugged In

If the screen is black and you get no response from the device, the plug may not be connected to a wall socket. Refer to the Plug In Guide.

If the clock is not turning on and the plug is connected to a wall outlet, then one of the prongs may be faulty. The prongs, the three metal "teeth" jutting out of the plug that go into the wall socket, may be loosely connected or bent. If so, refer to the Repair Faulty Prongs on Plugs Guide. If the prongs have broken off, you will need to replace the power cord.

Wire Plug Has a Short

If the device won't turn on, it is plugged in, and the prongs are correctly attached to the plug, there may be a short in the wire plug. The device may not be turning on due to damage to the electrical wire. Refer to the Fix the Short in the Plug Guide.

Time on screen is quickly turning on and off repeatedly.

If the power is properly connected and the display is flashing, the flashing screen display may be because of a previous power outage. Power outages can occur during natural disasters, including but not limited to hurricanes, tornadoes, and earthquakes. You will need to reset the clock. Refer to the Resetting the Clock Guide.

Time displayed on clock is wrong.

Clock Time is Incorrect Due to Daylight Saving Time