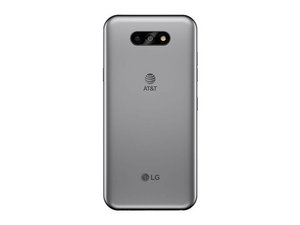 Anyone know a company that can unlock these?

I have a pair of LG Phoenix 5 (AT&T locked) I bought some time back as spare phones. These use the Device Unlock app. I tried once, and the first company I tried earlier this year couldn’t get it done. At this point, I blame these phones since they are being so difficult. At the time I got them, I was still using AT&T so it was a non-issue. My new issue with these is I am now on T-Mobile since I am done with the AT&T pricing.

Has anyone found a company that can reliably handle these Device Unlock phones? I mean worst case scenario I can sell them and I think I have a potential candidate if it can’t be done. These have been nothing but a nightmare as nobody does Device Unlock phones, and the company I tried couldn't do it.

Assume that you can’t “borrow” an AT&T SIM card?

@jayeff Yeah I tried. The problem is the account I have is established, but you can't use it as a sacrifice unless the phone is new - the initial activation being done prevents it from working. The appeal to AT&T phones (even used) WAS the ease of unlocking - now they deny you on the form and force the app - and code based devices are aging fast :/. Prepaid Device Unlock phones tend to be a total nightmare due to the fact these tend to be temporary phones - or they buy it, use AT&T for a few months (and dislike the service), go elsewhere and bam this formerly easy phone (even if I had to go 3rd party) is a pain. There is no advantage (or at least, negated badly) to used locked phones you do the unlock on at a discount now :(. Even the postpaid phones use this app BS so similarly painful, but at least I know that AT&T locked S21 will be billed or blacklisted - except for the fact by the time it's paid off it's at least 3.5 years old and unwanted!

These people don't believe in SIM unlocking, so it's something I can use. My real phone (real as in the one I actually use) is factory unlocked, so I can take it to T-Mobile and put my SIM in one of the LG phones, or the Moto.

Like I said, I don't blame the unlock provider I used on the LG and Moto - my hate is towards AT&T. There is just no point to buying SIM locked phones like this thanks to the increase in terms from 2-3+ years, and the price of the locked vs unlocked phone used not being much more when you look at the pain to get it done.

And the same company failed on the Moto and LG phones.... Never again.

I’m taking one of these phones to a nearby repair shop, and trying my luck today. If I can’t get it done, they’re going on eBay because apparently nobody can get the Device Unlock phones done. Nope -_-… AT&T is forcing their hand even on 3rd party unlocking. I’m done with AT&T phones; just as bad as T-Mobile locked phones.

I’m done with the carrier specials, especially with the fact you’re now going to have to wait 3.5 years(!!!) to unlock them. At least with AT&T postpaid, the only advantage is they’re blocked unless someone pays the balance off but you’re at the whim of the previous owner. I used to do this to save a few bucks on phones, but I had to cut T-Mobile out after the Un-carrier phase, as they don’t block the phone right away - AT&T got a save there. Now with Device Unlock, they’re just as bad as T-Mobile without the side issue of having a brick 60-90 days in. You win, carriers - just admit you hate unlocking phones for once.

My issue with all of this nonsense is I’m old school - I own my phone, not the carrier. Yes, even if it means paying $1,000 all at once. It’s a pay now, or pay later model now.

At least I know the older phones are still viable, even with the Device Unlock app but even with how old the Phoenix 5, it SOMEHOW still doesn’t qualify. Good riddance, AT&T. When I get my discounted iPhone 12, I’m starting out with a phone that was never SIM locked.

@jayeff a final update to the LG unlocking disaster :(. I'm dumping them on eBay. I'm sticking to factory unlocked going forward. There used to be a real advantage here, as you could get the phone cheap and if it was eligible then you get a code from AT&T for free and get that phone unlocked while paying much less :(.

We all know Sprint burned everyone even with the CTIA agreement by refusing to do domestic unlocks retroactively, T-Mobile doesn't have a self help option (have to be a customer) or uses the app. AT&T used to be good in the sense that it was a code you could get when the phone was eligible, and it could be done at home. Now AT&T is just as unworkable as T-Mobile.