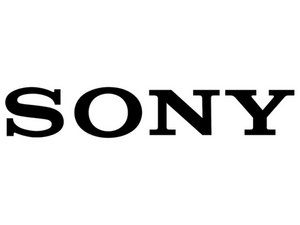 Repair guides and support for televisions manufactured by Sony. 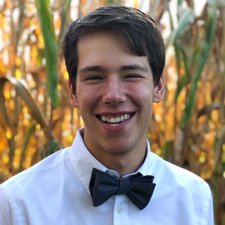 Hey, so I have a Sony Bravia XBR55HX929, and it works great until it starts flickering the black light. It’s almost as if the tv is having a brightness seizure, does some weird stuff with the picture like put a white line on the right side of the screen with the rest black, have little circles of the backlight be darker than the rest, make the brightness max out and then be dim as possible. Just weird stuff. A lot of the time it will turn off and blink it’s red LED in the bottom left of the TV 5 times. The relative I got this from had a guy replace the motherboard a long time ago and it did the same thing after the board replacement. So they decided to put it into storage for a few years and they gave it to me so I could use it as my one television.

I’m very good with taking apart and repairing electronics, I do iPhone repair all the time. Just don’t know what I could possibly repair on this TV and I certainly don’t have the money for a repair man to look at it.

So the TV now barely turns on, it might turn on, then it will show a black screen with a white line down the right side, then turn off. I want to take it apart and check voltages but I don’t know exactly how to do that and don’t want to mess anything up. I have read online that it could be a TCON error and I need to replace the TCON board. I have made a YouTube video showing exactly what it does. If you could watch that, that would be great as I think it will give a lot better understanding to what the issue is.

So I bought and replaced the TCON board. Very irritatingly, it did not fix the issue at all and continued to blink 5 times. Along with opening the TV, I broke the remote connector off the motherboard, which I don’t think is important, but I could not get the connector to come out and I accidentally ripped the thing off the board. Either way it was blinking before I broke it so I doubt that the remote connector is the issue. I have a picture of the connector in the posted pictures. While I had the TV apart, I took pictures of all the boards. I’m going to return the new TCON board I bought. Hopefully these pictures help in diagnosing the issue, as I have no idea what else to do. 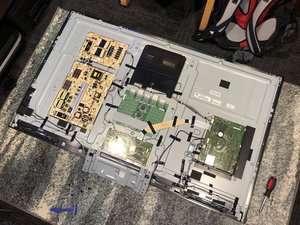 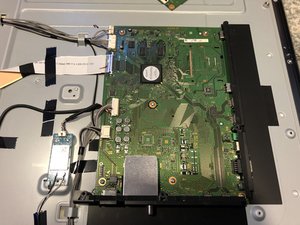 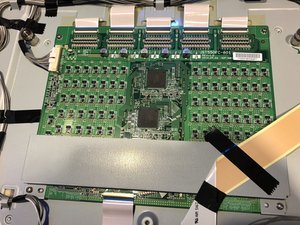 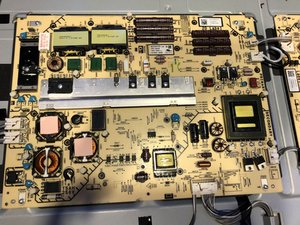 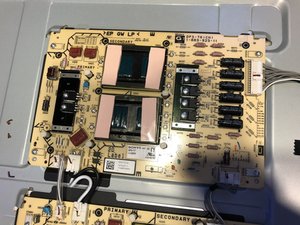 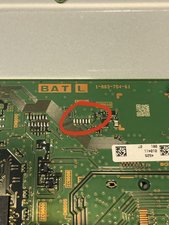 Logan Davis  sounds like either a bad backlight array or a bad power board. You’ll have to take the back cover off and measure the voltages from the power board to the backlight LED’s. See if those are stable. If they are you need to replace the backlight strips inside the panel. If needed post some pictures of your boards so we can see what you see and potentially help you out further.Agregar imágenes a una pregunta existente

Logan Davis 5 blink for this model usually indicates that the T-Con board has failed. 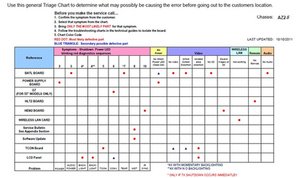 Sony part number for that is 1-883-893-11. Here is the part of the manual that deals with the disassembly and removal of the boards. For now maybe it is best to trust the Sony troubleshooting and just replace the board. That way yo do not rush to learn electronic skills and you can take your time learning it. Sony-xbr-55hx920-xbr-55hx929.pdf

What do I need to buy/use to test the voltages?

Do you know how to use a DMM (digital multimeter)?

Also do you know how to safely test for high DC voltages (180-300VDC) which are in close proximity to the supply voltage of 120VAC?

If you don't know how to safely use a DMM then you can cause more damage than what you had to the device and possibly to yourself. Just so that you're aware of this

I do not, so it’s probably safe that I don’t try it for now. Thanks for the comment @jayeff. @oldturkey03 I updated the post so you might be able to help me out more. I’ve seen you’ve done a lot of help on these TV’s on ifixit so I assumed the video would give you more insight.

Is this the correct part? Are they a good site?