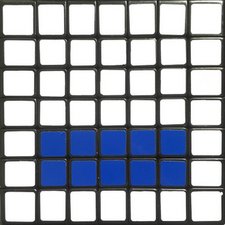 So about a year ago, my phone was dropped on cement, landing on its back and shattering the screen. Since I was (and still am) a cheapskate, I decided to replace the screen with an iPhone 5s screen. Everything was good for a while, Touch ID still worked, color was great, but eventually, things started to get weird. My keyboard would press on certain keys when I tried to press on others. Random videos would be pressed while I was on YouTube. I eventually realized that the screen was "pressing on itself." I was using an app and realized that it would keep swiping to one corner for some odd reason.Drawing lines on the right side, kept being dragged to the bottom left corner.

I don't know whether this is a result of the drop or if this is because I used an iPhone 5s screen as a replacement, or some other third cause. This has been a really big inconvenience and has caused me to make unwanted phone calls and send unwanted texts. Please help me ;-;

It might be a result of a fall or it might be just the screen itself went bad. Ghost touch is a relatively common issue on 5s aftermarket screens. A new replacement screen would probably be the only solution. Be careful with your purchase as although some 5s screens work fine with the SE, other just don't work.

I find that many times that the ghost touch can be caused by the iPhone housing having dents in the corners going inwards causing the screen to not sit on the iPhone's metal frame housing properly.

If that happens on any corner of the housing it'll push the screen up and cause the screen to flex making the ghost touch effect occur.

The frame must allow the screen to fit in without it flexing and the iPhone housing being relatively flat and not bent.

Another thing to note is that on some aftermarket 5 screens touch may not function well while the phone is plugged in charging (pretty much a grounding issue caused by screen).