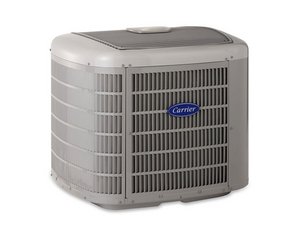 Why did whole-house ac stop working, still blowing but not cold?

The air conditioning worked fine then suddenly yesterday it stopped being cold, but fan still works.

@jlozier since this sounds more like a power issue, I would suggest that you check the power to your AC unit first. It should be 240V (depending where in the world you are:-) If you have power to the AC then you want to check the run capacitor. It is in charge of the fan motor and the compressor. Check it for bulging, leaking and/or severe corrosion. If so replace it. The next part on my checklist is the contactor. That is basically a 24V relay that closes the circuit when your thermostat calls for cooling. There are a few different ones for your AC model, which makes it somewhat important that you post some pictures with your question. Use this guide for that since it will allow us to see what you see. Please remember that the voltage and amperage on your AC packs a heavy punch. Do not touch any live wires etc.

BTW you and I will not beable to purchase any refrigerant since that requires a HVAC license and some nifty gauges to refill the unit. 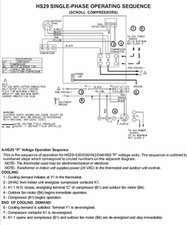 Thanks, oldturkey and others, this is beyond me, I'm going to call a professional.

Mine does that, occasionally, after a power outage and needs to be reset. There are instructions to do that but I hate electricity so my neighbor had me turn it off at the thermostat, then he unplugged it (at the outside power coupling), we talked a few minutes, then he plugged it back in and I turned it back on and all was well.

Old question, I know. But I don't see the correct answer here, and I'm seeing wrong information given. It was working fine and suddenly stopped. But the inside unit still runs. And you heard it try to start a couple times. The most likely culprit is the split capacitor outside. What you'll have to do to test this is first turn the power to the outside unit off. There should be a disconnect. Then take the cover off the electrical compartment on the unit. Use a screwdriver to short out the prongs on the capacitor. It shouldn't do anything but I've been hit before by a cap that didn't discharge properly. Then take the wires of the terminals of the cap. Take a good pic before you do so you know where they go. There will be 3 things coming out the top with terminals on it for spade connectors. One will be labeled C for common. Another labeled F for fan. And one labeled HERM for hermetic. This is for the compressor. Use a multimeter that is capable of checking capacitors and check from C to HERM and from C to F. When reading the label on the cap it will tell you something like 35/5 or 45/7.5 or something along those lines. The larger number is for C to HERM. If not within 3% (or 5% depending on what the cap label says) then it is a bad capacitor. The only other thing that can cause it to try and start, but not run, is if the compressor seized internally. But since it sounds like both the fan AND the compressor aren't running, but are trying, then the capacitor is the most likely culprit.

It's easy , the freon is in really low value.