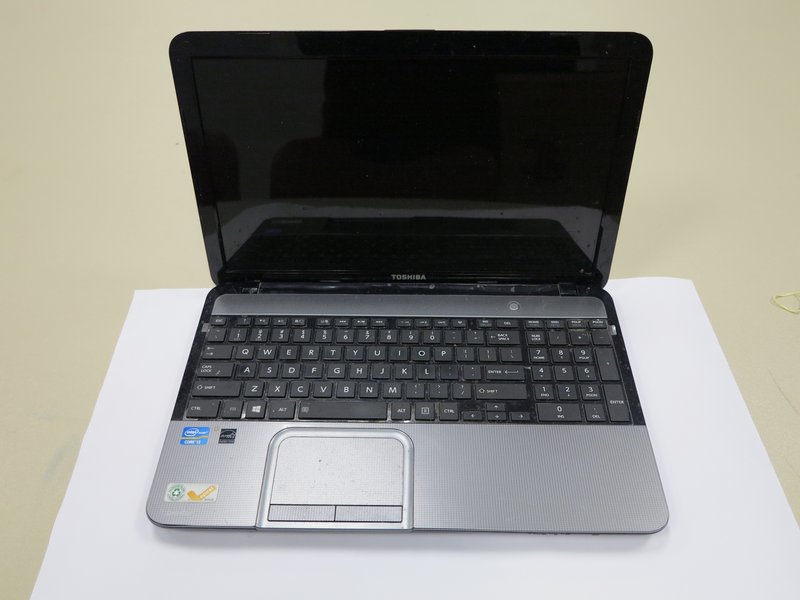 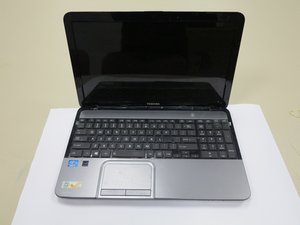 If your laptop is not working, and you are not sure why, please view our troubleshooting page.

When the Toshiba Satellite L855-S5119 was first released in 2013, it was one of the strongest performing laptops of its kind for the price. Few other laptops at the time in this price range had what came out of the box with this L-Series Satellite, including a 640 GB hard drive, Windows 8, an Intel i3 processor, a 15.6 inch screen, and 4 GB of ram. the L855-S5199 was on the lower end of the price range for laptops when it was released in, retailing at approximately $400 at most locations.

This laptop will have "Toshiba" in large letters on the back of the screen. On the bottom of the laptop, there should be a sticker containing information about the laptop, such as the model number, part number, serial number, maker, and the operating system that came installed. on the L855-S5119, the model number should be at the top of this identifying sticker, and should say "Satellite L855-S5119".