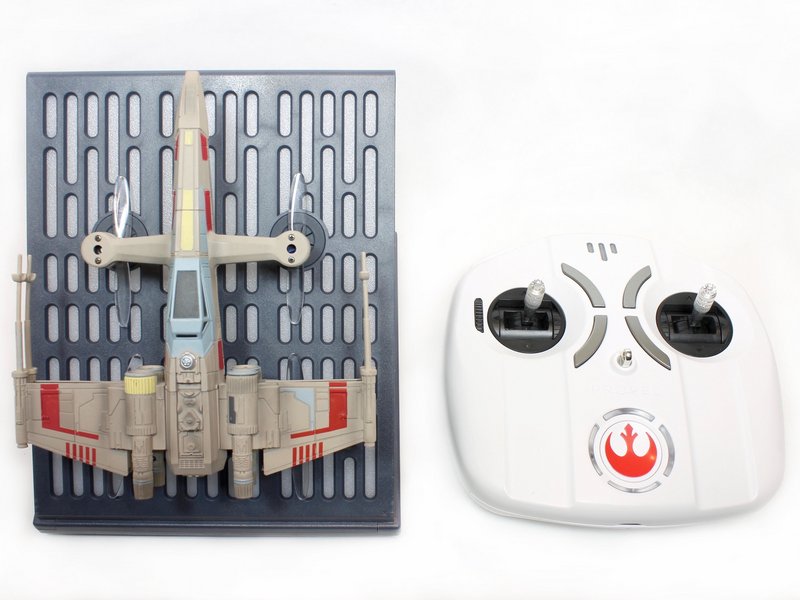 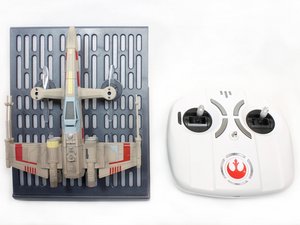 For assistance with this device, check the troubleshooting page, [located here].

Launched on November 2017, the Star Wars Drones manufactured by Propel are inspired by the hit movie series.

This drone is differentiated from two others released with the collection by the name T-65 X-Wing. This drone is easily identifiable by four propellors on the bottom, guns on either side, and the matte taupe paint that is accented by pale yellow, blue and red detailing on the ship itself as depicted in the picture. It's accompanied by a remote control that uses four AA batteries that is use to fly the drone. The drone is covered by a one year warranty when purchased through the Propel site.

This drone features propulsion technology that allows it to fly over 35mph, three speed flight settings, a 24Gh controller (included), and an average run time of 6-8 minutes. The average charge time for this drone is around 30-40 minutes. There's also a companion app for both IOS and Android.

Review of the Product: here

Where to Purchase Replacement Parts: here