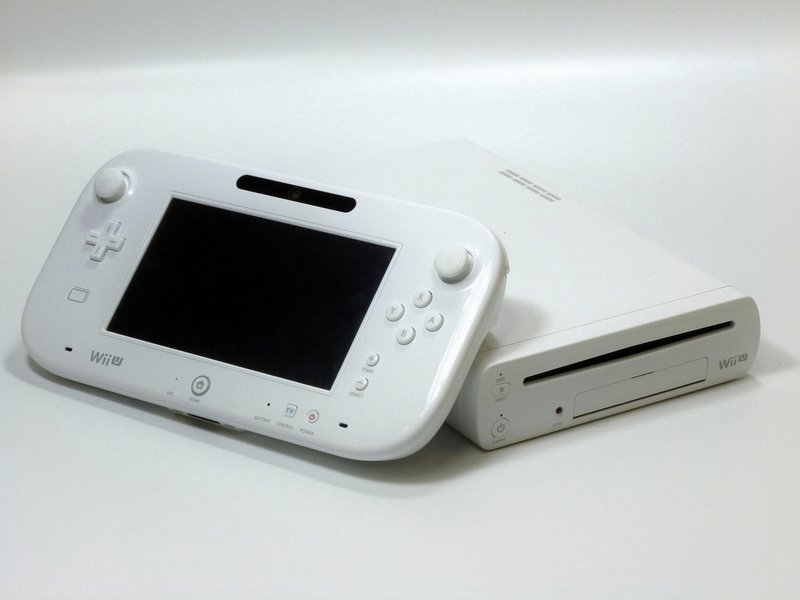 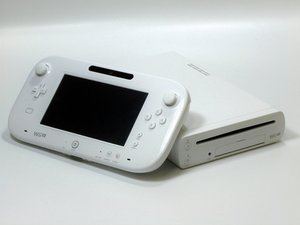 Wii U won't turn on

Game console is not turning on.

AC adapter needs to be reset

Power issues can sometimes be caused by an AC adapter that needs to be reset. Unplug the adapter from both the console and the wall outlet. Wait a few seconds and reconnect both.

A bad wall outlet could be the cause for a Wii U not turning on. Test the outlet by plugging in another electronic device to ensure that the outlet is supplying power.

No video or sound is coming out of the television

There is no video or sound coming out of the television or stereo.

Connections and settings need to be checked

If there is no sound or video coming out of the television or stereo, then your cables may be disconnected. It never hurts to double check all of the connections between the Wii U and any other components. Make sure all the cables are securely plugged into the back of the console and into the inputs of the TV or stereo. Also make sure the TV and stereo are set to the correct input. You can also use known working devices and plug them into the same inputs as the Wii U to make sure that the TV or stereo are working properly.

Broken AV cables may prevent video or sound from coming out of the television or stereo. AV cables sometimes break and tear from being bent too many times. Try checking that the cables are still working with another Wii U, or by using a continuity tester to test that a signal can transfer from one end of the cable to the other. If the cables don’t work, they need to be replaced.

Damaged connection in the Wii U

The connectors on the back of the Wii U can be damaged, meaning the console may not be able to output sound or video. Look for any signs of damage on the back of the console. Also, hook up your Wii U to a known working TV and AV cable and make sure both audio and video are working correctly. If the console still isn’t working properly, then the motherboard may need to be replaced.

The GamePad won't turn on

The GamePad is not turning on.

If the GamePad is not turning on, the battery for the GamePad might just simply be dead. Something else to check for is making sure the battery does not look swollen or puffy. If it does, it is a definite sign of a bad battery and needs to be replaced.

Analog sticks on the GamePad are sticking, or don't always respond.

Analog sticks can wear out or become troublesome over time. Replacing the analog sticks should fix the problem. If they are only sticking, cleaning the contacts inside the device may help.

Sometimes the rubber pads that make the button work get moved or are out of place. Check the rubber pads under the affected buttons and adjust or replace them as necessary.

Sensors like buttons can wear out over time and stop working. Replace any of the affected buttons and pads as necessary.

A CD is stuck in the CD drive

Pressing the eject button on the console does nothing.

The GamePad controller is not recognized by the console

The GamePad is not connected to the console.

If the GamePad will not connect to the console, check that the antennas within the GamePad are connected correctly.

The Wii U freezes randomly and may make a slight buzzing sound.

Console needs to be reset

An interruption in the network can cause the whole system to freeze up. To test if this may be your issue, disconnect the system from Wi-Fi and try playing a game that is connected to Miiverse to see if freezing continues. If it does, change your router settings from “N” to “G”. If you do not know how to change router settings, try using a Wii LAN adapter to connect an Ethernet cable to your modem or router.

Certain devices that you plug into the USB port (keyboards, chargers, flash drives) can drain the Wii U’s power source. Unplug all devices plugged into Wii U’s USB ports to see if the freezing issue stops. If it does, you can individually test each device to see if a certain one is causing the system to freeze.

Wii U GamePad not syncing correctly

The Wii U GamePad will not sync, or immediately loses sync after being synced

Multiple Wii U Consoles or GamePads in use

Check to ensure that there are no other Wii U consoles or Wii U GamePads that are currently powered in your household. If there are multiple devices powered, this can cause confusion in proper syncing.

Make sure that there are no other powered devices that can cause interference with your GamePad syncing.Try moving wireless devices, such as cell phones or tablets, three to four feet away from the Wii U console and GamePad while syncing.

GamePad needs to be reset

Gamepad will not turn on, or gamepad will briefly turn on, then immediately shut down. (Red LED or no light)

AC Adapter needs to be reset

Power issues can sometimes be caused by an AC adapter that needs to be reset. Unplug the adapter from both the console and the wall outlet. Wait 90 seconds - it will take at least this long for the adapter to fully reset. Plug the AC adapter back into the Wii U GamePad and wall outlet.

Wii U won’t connect to the internet

The Wii U is unable to connect online via Wi-Fi.

Take the disk out of the console. Turn the console off. Wait 30 seconds and then turn it back on.

Check to see if your console is updated

From the Wii U Menu, select "System Settings” and using the Left Stick, scroll to the "System Update" icon and press the A Button. Tap "Update" to connect to the Internet and begin the update process.

Inverted colors appear on the screen.

Take the disk out of the console. Turn the console off. Wait 30 seconds and then turn it back on.

Check to see if your console is updated.

From the Wii U Menu, select "System Settings."Using the Left Stick, scroll to the "System Update." icon and press the A Button. Tap"Update" to connect to the Internet and begin the update process.

Unplug it and plug it back in. If it looks like it has been damaged, replace it.

Tap on the Settings button of the gamepad to open the System Settings. Go to the TV menu. Press A to validate. Select on the TV resolution men. Change the resolution to either 480p, 480i, or 1080p

If the issues you are experiencing are not covered above, visit Nintendo’s Wii U Troubleshooting Page.

So what if the HDMI port is broken? Would the mother board have to be replaced?

I have the same problem!

I have a flickering problem. I play normally but sometimes the screen flickers and shows some green, and pink bars for like milliseconds. I've checked the connections, changed the ports, even the HDMI cable and the problem is still there. Any ideas? The GPU? The connector of the Wii U?

The same thing is happening to me did you find a way to fix it?