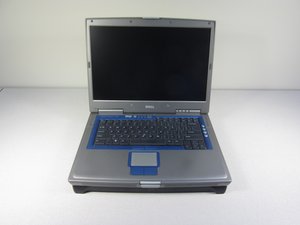 Laptop screen flashes, 3 lights come on (not flashing), turns off.

When turning on the laptop, the screen flashes once, nothing comes on. The power light comes on but no response from the hard drive. 3 lights come on but then turn off after 2-3 seconds. Battery light comes on and appears to be charging. The fans do not come on. There is no activity and doesn’t go through POST. Steps I have taken are:

1) Remove the power lead (Dell original charger at 150W. Light is green on charger so appears to be working.)

3) Hold the power button for 50 seconds to drain the static (if any).

4) Put the charger back in and not replace the battery. Same response.

5) Removed the RAM and replaced it. Same response.

6) Removed the hard drive. It should boot without to show the BIOS. Same response.

Is there anything I’m missing? Is the motherboard gone because it appears to be holding electricity as the power light remains on. Also the battery light shows it is charging.

The first thing you can try is connect an external monitor to test the display.

If the screen is blank on an external monitor also, then it could be an issue with the video cable.

Try replacing the video cable or using a different video cable if you have multiple connections options like DVI, HDMI, etc. If using VGA works, then it could mean there is an issue with your HDMI or DVI cable.