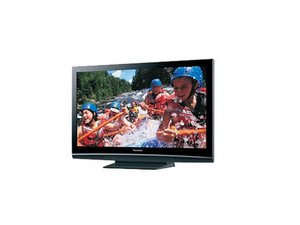 Repair guides and support for Panasonic's Viera line of televisions.

Why is my Panasonic Viera TV turned ON/OFF intermittently by itself?

The problem went away after I unplugged the connector from the IR Sensor board.

It is a hassle to watch TV without its remote control.

Can anyone help me? 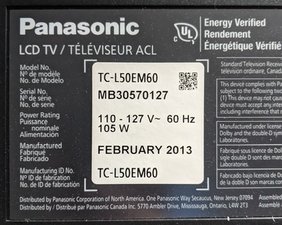 Just some other checks as you said that disconnecting the IR board stopped the problem and the TV remote tests OK.

Do you only have the one remote for the TV or are there other IR remotes in the room such as a Firestick remote etc?

If others test them as well or remove their batteries and check if it still happens.

If no others, temporarily block the TV's IR window to prove whether the problem is internal to the TV or caused by external conditions.

I've had a case where a faulty CFL ceiling light was triggering a TV's IR sensor every time it was turned on.

If internal here’s a link to the service manual for the TV. (be patient it takes a little while to go from “processing” to Download”).

On p.29 it shows the part number for the main board - TZZ00001035A which appears to be out of stock in most places that I’ve searched when using the part number. You may have better luck.

Thank you your advice.

***I have received and installed a replacement IR Sensor board. TV turning on/off intermittently is FIXED but now options menu keeps popping up and/or video inputs (HDMI1, HDMI2, Component, etc) auto-switching from one mode to another. ***

My Verdict: Either the Main Board or cable is guilty.

As suggested, I have done the following:

Alright. I will spend some time troubleshooting based on your suggestions. In the event that Mainboard is the culprit, how do I take the necessary steps to reset/re-flash its firmware? Panasonic does not offer much on their support page.

I have no luck finding a replacement online.

If you get the correct replacement mainboard for the TV the firmware should already be loaded in the eeprom or a firmware good enough for the TV to turn on correctly so that it may be able to be updated if it has an older version firmware installed.

Did you try searching by using the mainboard "board' number from your TV and not the number that was from the service manual, just in case it was not the same? It might happen depending on the location of where the TV was to be sold and used

Alternatively you may have to navigate your way through here and see if there is anything relevant regarding firmware and manual installation as opposed to online updates. Apologies if you've been here already. I don't have enough information about your particular TV model to help you with this link i.e. location, model year etc.

The main board is NO LONGER available anywhere online.

I’m interested @jostewcrew’s suggestion to re-flash the main board firmware. Any idea?

damystica … if the problem disappears when removing the ir sensor, then the issue could lie with the board or the remote. to test the remote, make sure the batteries are fresh. look at the remote sensor through your phone camera and see if it is continuosly flashing or only flashing when a button is pressed. if its continuosly flashing, you may have some sticky keys or a malfunctioning remote (test the power button on the remote)

if not, then i would start looking into replacing the ir sensor board.

also, to cover all bases…many remotes can function on the same frequency so if there are multiple tvs in the house in use at the same time, try those remotes and see if that is the culprit. also, can use a phone to control the tv, any pranksters in the house?

First of all, thank you so much for your reply.

I learned something today!

# Remote control’s sensor only flashes if I press a button. CHECKED!

# No Pranksters in the house. CHECKED!

# I only have one TV in the living room. CHECKED!

# I will replace the IR Sensor board soon. PENDING.

Panasonic website does not have any IR sensor board (except for PSU board) in stock so I purchased a used one on eBay. If this does not fix the problem, then what else can be done?

with what you have described in your post, and the testing you have done to ensure the other factors weren't at play... i dont think it would be anything other than that. if you had described no remote or onboard functionality or that disconnecting your ir sensor board didnt resolve the symptom, it could have been something else. please keep us updated just in case and we can take it from there.

@damystica .... now that another issue is shown itself, i would say this is coincidental or it was your onboard controller the whole time. does your set have onboard buttons? if so, unplug this board and see if the problem dissipates. if so, replace this board. if not, definitely check the cable that leads from the remote sensor and/or the cable from the onboard butoons for shorts...can do this with a multimeter set to continuity test. place red and black leads on opposing ends of the cable and see if it beeps intermittently or steady. try this while flexing the cable as well. should remain steady the entire time. if the cables check good, then i would look into replacing your main board to solve the issue. before doing so, it could be corrupted firmware and you may look into resetting/reflashing your tv. can usually find this on the manufacturers website, but if not post back and we can look into it.

damystica .... sorry for the absence....been busy. glad to hear that the other board being unplugged solved the new issue. i suspect that a new board will get your set operating normally. in the case that it does not, it is definitely your main board at that point, either firmware or a controller ic or component on that circuit. if this is the case, post back and we can look at 1 or 2 more options, both concerning the main board. but i have a feeling this will work out for you.

No news is good news, right?

Wrong! Bad news since I can't find a replacement for the faulty button board. At least it's not half as bad as I only use the remote control most of the time.