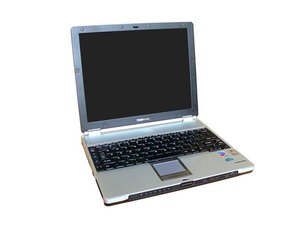 Repair guides and support for the ultra-light laptop computer line by Toshiba.

I was using this computer when all of a sudden it froze, and a buzzing sound was heard from the speakers. It wouldn’t respond to Ctrl-alt-delete even. It was completely frozen. I decided to do a hard reset, so I held the power button until it switched off. After that, no matter how I pressed the power button, it wouldn’t turn on. It won’t charge (or at least it doesn’t say it is). The charging led is flashing in a pattern of 8 flashes. 6 short, 1 long and 1 short. Does anyone have an idea of what might have gone wrong? Does anyone have a list of error flashes? Might the code be binary (being a series of 8)? Would that make an error code of 2, or of 128? Can anyone decode this?

(Btw, I am aware that this will be some sort of issue probably to do with the motherboard, and that I should send it to get fixed under law, but this question is more about understanding what happened to it before I send it off)

@albert8181 no worries about this " should send it to get fixed under law" there should be no law prohibiting you to fix your own laptop. Problem is,Toshiba will not support this at all. It will be very difficult to find any information regarding your error code etc.

What I meant by that was the manufacturer has to fix it under the consumer law, rather than I have to send it to them under law.