So I have an M7 that it’s been dead since 2014. A little of water on the microusb made a burn and fried my motherboard.

I sent it to an third party repair shop and they told me that the motherboard was dead that they can’t fix it.

The support from HTC is garbage, they can’t send replacements from one country to another, so even if I go to the official service they can’t help me (even if they made and exception to accept such and old phone).

A motherboard from Europe is more than the cost of the phone, so is not worth it.

What I’m asking is for reference to a good video or manual so I can repair it myself, the phone is already dead so no problem if I &&^& it up.

IDK if someone will read this, I’m gonna post it all over the internet till someone helps me and reply the correct answers to aid fellow poor guys like me.

@kofu we would need to know what it does and what it does not do. you want to go ahead and post some good pictures of your motherboard so that we can see what you dsee. For that use this guide Agregar imágenes a una pregunta existente Let’s see if we can resurrect this beast.

Use these guides to get to the board HTC One (M7) Repair and get a new battery and a multimeter before we do anything else. We need to know what it does. 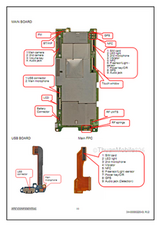 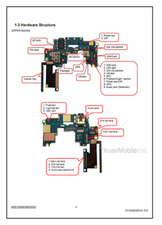 Oh $@$* I totally forgot about this forum, you rock dude!

Give me a couple of days!

Thanks for your dedication!