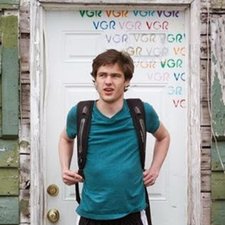 Chimes on w/ light, but no display... which part needs replaced?

I recently got a broken XB1 from an uncle after a power surge fried his. The Xbox’s power brick works and the front light turns on and chimes when pressed, however, there is no signal to TV, regardless of HDMI connection or TV channel.

I have already tried all of the general troubleshooting, turning off the power brick entirely and waiting, turning off the console and waiting, holding the button for a cold reset. A few oddities of note, though… When I tried to start in low resolution mode, the console chimed once and lit up, but never made the second chime, even after holding eject and front for 15+ seconds. I also tried doing a factory reset through USB, followed all the steps, but when I held Bind and Eject and turned on the power, it immediately chimed, but didn’t chime any more like it should have 10-15s +

I also noticed some faint beeping inside the console when turned on, like a beep code on a computer, 8 short beeps followed by a pause, then repeated. I’m not sure if this problem is a faulty hard drive, motherboard, the HDMI ports, or what, but if anyone has any idea what exactly might be wrong so that I can order parts and try fixing it, that would be a great help.

Could be many things but one I would suspect is HDMI encoder chip because they commonly go bad on consoles from power surges.

Will require micro-soldering to replace that chip so may want to go to a reputable local console repair shop to get it fixed.

Did so. The fans started up, and the faint beeping noise didn't occur, which I'm pretty certain was the hard drive. Gonna order a new one, hopefully it'll work...