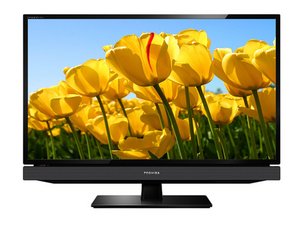 Why is my TV blinking?

We have a Toshiba flat screen LCD that constantly blinks -- goes dark for a half second like the LEDs are turning on or off. Changing the picture mode can alter the rate of blinking but I cannot get it to stop altogether (although this has worked in the past). Any suggestions on how to fix this?

So do you have to get a new tv

I've been having this issue about a month now. It comes and goes...so I'm a bit confused. Ant solutions? Or suggestions to self check before taking it to be repaired?

I’m not seeing a way to adjust the setting without the TV remote… Is that true?

I raised my back light to 100 and it started blinking faster as I went up. I lowered it to 60 and there’s no blinking

@alf222 let us know the exact model of your TV. If it is the screen that is blinking it is possible that you have a bad power board/LED driver or a bad LED array. Post some good images of all of your boards with your question so that we can see what you see. Use this guide Agregar imágenes a una pregunta existente for that.

@alf222 Thank you, lowering the back light and then raising it to 80 (too chicken to go higher) worked, no more flashing on and off picture

I have a 2 1/2 year old Toshiba that blinks on and off. How do I reduce the numbers spoken about above.

It appears that adjusting the back light worked like a charm! I did notice that changing the 'Picture Mode' from ie Movie, PC etc to Gaming helped reduce the blinking on my TV (yours might need to be adjusted to one that works for you).

One of the chips is overheating. Use freeze spray to identify it, unsolder the heat sink, clean well, then use a good heat sink paste and resolder the heat sink back on. You can try turning the backlight down in picture settings as well. Menu-picture-Backlight. It is factory set at 100. Try turning it down to 50, then bump it up by 5 until the picture blinks. Bump it down 10 or 20 from there.

Amazing. Everywhere else said I needed a repair. I lowered mine from 100 to 80 and it stopped blinking. Its a little dimmer and I will probably still need to get the repair at some time but this will work well for now.

I turned the backlight down it worked

I turned the backlight down then reset the picture it worked on mine.

I have a similar issue with a Samsung UN60J620DAF that was flashing the picture on and off on it's own, but sound remained. I ordered and installed a new LVDS and TCON board that match the serial numbers from the original parts. I installed TCON board and new LVDS, picture is back, but now the picture is blinking rapidly, slightly lighter and darker. Turned off ECO mode, reset TV, turned off, turned back on, updated software, checked TV source, HDMI source, and still rapidly blinking from lighter to darker picture. I ran picture tests but it's blinking during the tests. Someone suggested it may be faulty backlight strips, but I haven't looked at those yet. I also tried the original LVDS with the new TCON but the results were the same. I've also tried different power outlets with power strip. Any help is appreciated! 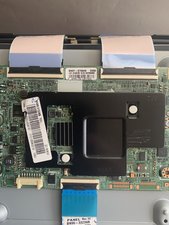 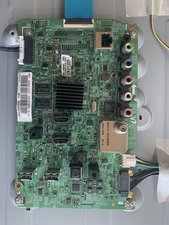 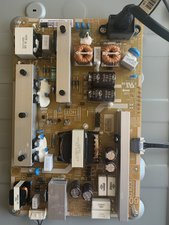 Mine is toshiba with roku. Decreasing brightness helps.

i have also fixed before by cleaning. Take the back off, vacuum inlet filters, use a soft brush on all exposed surfaces to remove dust while vacuuming.