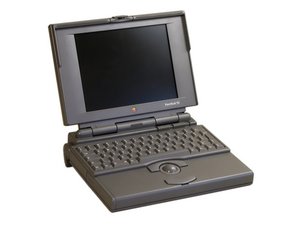 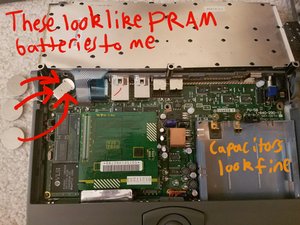 For the start, i am 16, and have tried to fix this computer for years

I love computers, i work on and with an imac g4, 2 pcs, and samsungs

I have liked computers forever, the first computers i used were my dads imac g3 and this powerbook 100, they are natural to me, im even getting a good computer repair job this summer 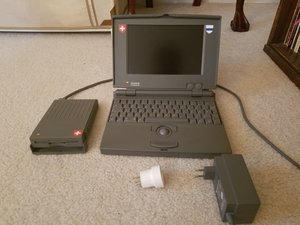 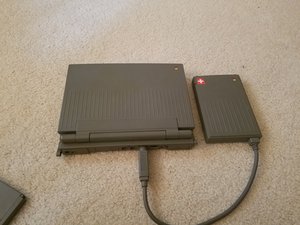 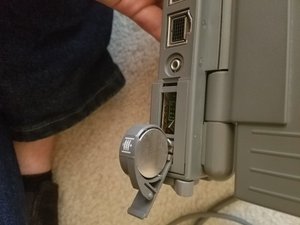 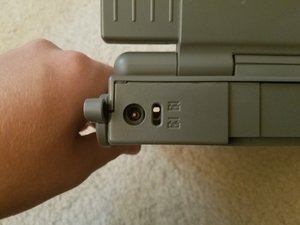 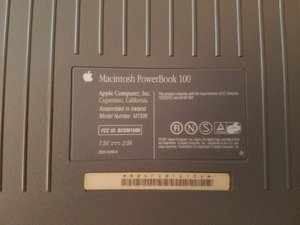 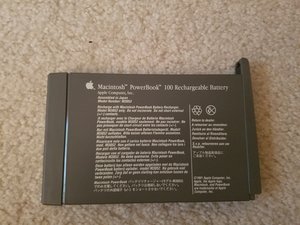 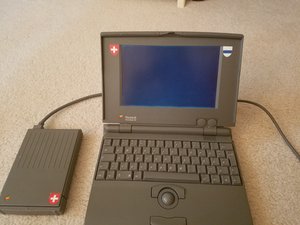 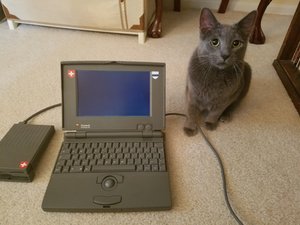 However, with unusual problems like this, i have no idea on how to solve them

My dad bought it new in 1991, and had used it a lot until 2006, he put it away. In 2011, he brought it back out, and the lead acid (or nickel something) battery was shot, but the computer ran. It said though it wouldnt keep running without the battery, even though it had its adapter, and would shut itself down

At least it was running back then, now and for the past few years, when i boot it, it just has a blank black screen, but makes a chime. It doesnt do anything else

Im wondering if it needs its capacitors replaced, i looked online and saw someone do that who had the same problem, and it worked for them. I just dont know what capacitors i would need. Also, i cant find out what to do with the battery, i dont think anyone makes replacements anymore

I havent opened up this computer yet, so nothing could be disconnected from anything. I hope the hard drive is still okay too

Even though i have fixed countless things, this is a new area for me, i havent had to do anything like this before or be stuck for years wondering what wont let me boot

Where are you happening to work for the summer?

My uncle owns a company that needs help with IT :) basically all i do is repair some windows pcs and reset and reinstall software on them, but i still like doing that

Do you by any chance happen to be in the east of Pennsylvania?

No, im in eastern ohio. I love pennsylvania though, my family used to live in the lancaster area

It is the capacitors. They all need to be replaced. Even in the screen. I don’t mind donating my time to do this for you. Matthew mbergeron@riamm.org

First please tell us the exact model, see if it is this one:

It's been a while since i worked on one but may have a couple in the back of the closet to look at.

I don't remember if it has a port for an external monitor. do you have any of the adapters or additional peripherals? Any system disks, a floppy drive?

Next I'd replace the PRAM battery. Also leave it plugged in overnight to see if the standard battery will take a charge. Let me know your finding and we'll see if we can get this gem up and running again.

I know its an original powerbook 100

It has the external floppy drive and ac adapter

It has its original battery, but it might not work anymore. It should probably run without it

I think it has system 6, i have system 7 disks from a powerbook 520 that may work if they arent overwritten

Also, its a german model, my dad used to live there. Its adaptor has different prongs, but we have a adaptor. I dont know if the voltages through the outlet here vs in germany differ or matter with it booting though

Bunch of pictures of what im explaining coming tomorrow

I have the exterior pictures, i havent opened it to check inside yet

When i connected the power, it booted, but made an unusual chime, i will try to find it online and see what it means

But it booted, hard disk ran, screen stayed blank though. I didnt know how to turn it off, so i unplugged it. It only sometimes turns on, it usually wont

Sometimes only the screen turns on with no chime, and others it seems to boot with the odd chime 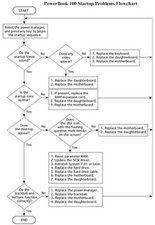 You will definitely need to get a battery. Sometimes they pop up at places like ebay.com. If you feel so inclined, you could do what is described on here. As for the caps, you do want to consider taking some high-res pictures and posting those with your question. For that use this guide. It will allow us to see what you see.

Now just for informational purposes and not saying you have to repalce all the caps, Check the image for the values. 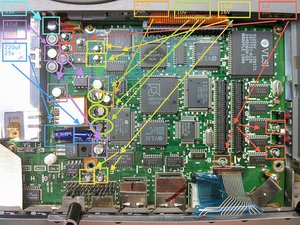 Of course you cannot forget the capacitor on the CPU daughtercard,it's a 10uf 16V cap.

@oldturkey03 Thanks Mike, I had forgotten about Service Source, it's been so long since I used one, and I probably have them all. Do they still make them?

Although you do not see any capacitor leakage, there is almost certainly some under the capacitors. These machines are now all 25+ years old and all require capacitor replacement for proper or reliable operation. Capacitors have small rubber seals underneath that perish and leak electrolyte solution.

I own a small collection of Classic Macs and PowerBooks and all had bad capacitors. Some even from as late as 1996. Even if the machine would work, it would have a weak sound or it would crash from time to time with bad capacitors.

PRAM batteries are not necessary in PowerBook 100 model!

I am running my without them and it works perfectly, although it wont keep date and time.

Just replace all SMD electrolytic capacitors with new ones (preferably with MLCC or tantalum) and you will be fine. Radial ones (leads soldered on the opposite of the board) are usually fine.

PowerBook 100 also has some capacitors on the LCD panel which must be also replaced. These are 3.3uF at 35V. Use MLCC ones for this application. When these go bad, you will have blank or black screen, or/and unstable contrast.

Thanks! I will try it out soon, i just have to make sure i get the correct capacitors. So yeah, my screen probably has some bad capacitors since im getting no video with my black screen, even though it lights up, i havent checked it yet though. Since everything else looks fine on this, the things causing all the problems might just have to be the capacitors

From another hand, as a "fun project", to learn new things - it's perfect. At that time technologies were not that advanced, so, a lot of things were "repairable".

1. Don't replace components just because someone else replaced them - evaluate them first. First sign that electrolytic capacitor is (may be) having a problem - the top is not flat. If it shows sign of "burst" with leak, or even little bulging - it's a candidate for replacement.

2. Look for "discoloration" of any components (resistors, transistors, etc). Again, it could be as bad as a "burn mark" on the motherboard, or as little as "little bit brownish spot" on the component. Use a magnifying glass and good light source to examine the board.

3. Not sure, if you can find electric schematics for that old computer (especially with the fact that Apple do not publish their proprietary stuff), but that could be next step up, if visual inspection does not help.

99. Bad result is also result. Even if you unable to fix it (sometimes things just die beyond repair), you will get valuable experience.

Could be the chime of death, I would check that article out. Since its from 91 and apple stopped in 98 it should have one.

Look up powerbook 100 chime of death on youtube so you can hear what it sounds like and compare it to what you hear.

@cam2363 The current full bodied POST tone we have today did not exist yet.

@mayer Im kind of confused on what your saying. Are you talking about how there are beep codes that mean something?

I looked up the chime of death, and its the same as what im hearing :/

Does that mean the hard drive is bad, or?

I dont think so, all it means is there is some sort of error. I would first try removing the hard drive and ram. If im correct this has onboard ram, try it only with that, no extra ram installed. If that doesn't work, we will have to expolore other solutions

Since your not getting a display this wont really help, but if you manage to get one, this will be VERY useful

You still keep working on your PB100?

I had the same problem and could fix it swapping the 2.5” SCSI disk from a luckily available 2nd Powerbook.

As these 2.5” SCSI discs are hard to come by, I found a great source for a SCSI 2.5 to SD-Card converter:

But you need another working 68K Mac to prepare the SD-Card. But I’m sure you’ll find someone to bridge this difficulty.

Have you succeeded to fix you PB 100? I have the same problem and consider changing the capacitors.