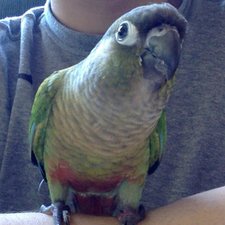 I thinking about buying this non functioning apple cinema display and fixing it my self, This is what the seller says in the description "Works perfectly EXCEPT it turns off after a half hour and must be disconnected and reconnected. This is a known failure that according to blog forums is due to the posterior cable that needs to be replaced. A repair shop quoted me $400 to replace it but a handy person could probably do it themselves. " Do you think this is fixable, and you really think that its the all in one cable? I would like an expert opinion before I consider trying to fix this.

It's been about 6 months since I've had to replace one of those cables, so my memory is a little foggy, but I do remember hating doing them (which is why the tech charges $400 to replace them). I think it's just annoying because the cables run under other parts, so you end up taking out a decent amount of parts just to get the cables to run to the proper places inside the machine.

It looks like someone published Apple's take apart guide for the 24"....it's pretty similar if you want to take a look: led_cinema_display_24.pdf

Curious to know whether you went through with this and had success? I have the same monitor experiencing similar symptoms.