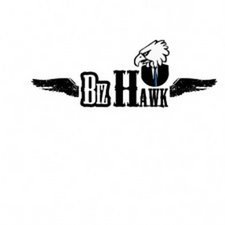 Graphics issue even after MLB change (colorful line on boot up)

My Mac suddenly faced a graphics issue after a week of RAM upgrade from 4 to 16 gb(CRUCIAL memory made for Mac) and it crashed. I took my Mac for repair to apple centre and they changed MBP’s MLB twice under the quality program as it was a manufacturing defect as per them. Also, as per APPLE test the Samsung SSD I have installed shows a SMART test failure (although no such failure is indicated by Disk utility or third party application). To remove this apprehension I sent the SSD to samsung for repair and as per Samsung there was no fault in the SSD. Even now the test is failed, that might be because MBP 2011 officially do not support SSD.

Since then everything is working fine except a colorful line(attached) that comes while reboot (this came especially after PRAM reset that I performed after my MacBook was repaired. Its been more than 2 months that these lines show up ( picture attached), however, the Mac is working just fine. I get a boot time of not more than 20 seconds. Graphics otherwise with movies etc work fine.

I want to know whether such line is normal or an abnormality as no one at apple seem to know about this issue accurately. I would appreciate a reply from you. 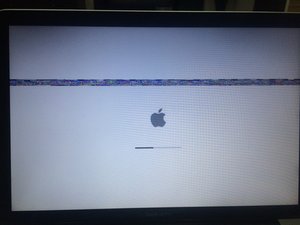 this is the image of the issue

@mayer I would be grateful if I get some of your inputs.

My first educated guess on the hard drive issue is well know around here and with Apple (they just don't admit it). It generally the hard drive/IR cable. It gets damaged as it comes over the last step on the case. Most knowledgable repairmen will replace it with the 2012 cable and put pads on either side of the cable. This new cable has a wider data path and can handle the higher speeds of an SSD drive.

I probably replace three of these a week and always keep a good supply in stock. If a defective cable is left in place to long, it can destroy the hard drive.

\Heres how to replace it, some times there are issues with the location on the tiny screws which hold it place when replacing with the 2012 cable:

As to the colorful line that appears during boot, that is normal on several machines. It started showing up with El Captain. The Apple people generally are not real techs and they do not see it because they don't work on the machines and the answer is not in their script ;-) It happens when the graphics drivers are loading.

varun did you try the 2012 cable? What were the results of what the "Genius" did? Did they run the video test again, since it has already failed twice?

@ Mayer thanks for your reply. Yes, they ran the video test and other tests. As per their servers all the test were passed except SSD. the Apple genius told me that since it is a 3rd party (samsung) SSD and my MBP does not officially recommend SSD's that might be causing the TEST to show SMART failure. He also told me that since the MBP response time and operation are good, there does not seem to be a problem. Also, @ Mayer have you faced the similar problem in the past as shown by the picture I posted?

I told you that line is normal and you only get it during boot up. I see if every day.

I will repeat, change the hard drive cable to the 2012 model. The please remember, "if it ain't broke, don't fix it".

I should 1. Replace the hard drive cable

2. check whether the problem still persists

3. If no, keep the changed cable in MBP

4. If it still persists, change back to original hard drive cable ( and remove the 2012 cable) or should I use 2012 cable, since you said its better ?

I have only ever seen that line appear on 2011 15" MacBook Pro's, usually a while before the GPU fails on them. Most of the time, it appears and the MacBook proceeds to boot fine, but sometimes it shows this and crashes.

I have never seen this line appear on any other model, only on the majority of 2011 15" MacBook Pro's I receive. If I ever saw this (last year, before the end of their repair program), I told the customer to take it to Apple ASAP, to ensure the GPU doesn't fail on them.

It may work fine, but it may get worse in time. Apple's description of the GPU fault in their repair extension program mentions distorted video, which is what you are getting on boot.

Regarding SSD, just sounds like Apple is trying to make excuses or something ;)

I just had a 2011 in for the repair program, it is on my bench now and I get the line. But it appears to be running fine.

@mayer @varunsinghal either way, I have only seen the line appear on the 2011 15" models, none of the other models do this. It does not happen on every one I see too, and it sometimes does not do this on the ones which have shown the line. Lets be honest here, there is no difference between the bad logic boards and the ones Apple are replacing them with ;)

Possibly it is supposed to sometimes happen, but my bets are on it being a graphical issue caused by the bad chips. Perhaps @danj will know? To me, it seems like this is not supposed to happen, otherwise it would happen on other models...