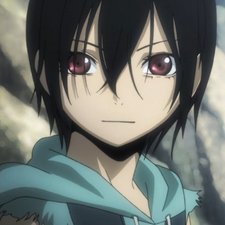 Issue with Repairing a MacBook

I was given a broken Macbook that was "gutted / hollowed"

The current parts I have currently are listed below:

- MotherBoard (with Processors and Heatsink. No fan)

- Hard Drive (from a Windows PC)

I don't know what parts need to absolutely be there for the Mac to power on. I don't necessarily need a CD Reader. I also don't know if the Mac isn't powering on due to the Hard Drive being formatted for Windows.

I don't know if I need a certain amount of RAM for the computer to boot up. If so, how much RAM do I need?

Any help is appreciated.

Hook it up to an external monitor so you can see if it is booting and generating a video signal.

Do not start this computer without a fan and a heatsink. You'll fry the CPU and GPU out for good if you do.

For starters, if you care about the contents of that Windows drive, pull it out of the Mac. A drive formatted in a Windows machine with an installed copy of Windows will not work. If you're going to run Windows in a Mac, you have to set it up on the Mac side; there are Apple-specific drivers used by Apple's Boot Camp setup utility that a standard Windows installation doesn't supply. A Mac won't boot from any version of Windows older than XP Service Pack 2 anyway. Generally, it's not wise to use a drive with data you can't replace to monkey around with an unknown computer; you're placing the data at risk without any assurance of success.

If you hit the power button and the keyboard receives power, the Caps Lock LED will light up when you press the Caps Lock key. Depending on the model of your MacBook Pro, the illuminated keyboard may also light up.

Whether the computer is starting, or how far into the startup process the computer gets, will be hard to tell if you can't see what's happening. Get a Mini DisplayPort-to-whatever adapter and plug the computer into an external monitor. If the computer won't light up an external monitor, then it's likely to be logic board damage. But you don't say how the display is "busted". Just because it doesn't display correctly doesn't mean it won't display at all; even a broken glass or broken LCD can light up if the display gets a sync signal from the logic board. If you start the computer and a smashed screen lights up, you can tell the logic board is supplying a video signal, even if you can't see what you're doing.

You say the battery takes a charge. How can you tell that? If the battery is charging off the MagSafe power adapter, then the light on the MagSafe turns orange. If the light is green, then the battery is not drawing a charge; either it's fully charged up, or the computer is drawing directly from AC because the battery system isn't working. I've seen plenty of laptops with failed battery systems that still function on AC; I'm typing on one right now. In any case, if the battery is original, it's also 6+ years old, and may be at or near the end of its usable life; it may not hold enough of a charge to power the computer. If the computer's been unplugged for an extended period of time, it's completely drained. Leave it plugged in to AC for a day or two to recharge before trying to do anything with it.

You won't hear the startup chime unless you have speakers installed. Do you have working speakers?

RAM is necessary in order to light the display; the RAM check happens before the screen lights up. Drives come later in the startup sequence, after the display is already lit; you don't need a bootable drive to tell that the computer powers up. In any case, you can boot a Mac from a USB/FireWire external drive with a compatible operating system; anything from 10.6/Snow Leopard through 10.11/El Capitan should work, and 10.9-10.11 are free. Use another Mac (yours or a friend's) to format an HFS+ Journaled drive with a GUID partition table and install an OS, then attach it as an external drive to the MBP. If/when the computer starts up, it will look for the missing internal drive; when it doesn't see one, it will look for any attached drive with a bootable OS, and it will boot from the external.

Take a look at iFixit's teardown for the 2009 13" MacBook Pro. The parts you absolutely have to have installed are those related to power, cooling, control and enough video/audio feedback to confirm that something's happening:

And enough case to direct the heat away from the chips is nice, too.

Links to replacement parts and to the install guides for each part are at the MacBook Pro 13" Unibody Mid 2009 model page.

Therotically it would power on whichever OS is installed, though it would be better if an Apple OSX was installed, so if you can get one on there do - alternatively you would just get the flashing ? folder symbol without one. Regards RAM, your model of Macbook Pro came with x 2 of 2GB therefore 4GB Ram. You would not get the macbook to boot without RAM installed, you would generally hear one-three beeps signalling no Ram is installed. Try Reseting SMC by holding Shift, Control, Alt and the power button - watch the charger port change colour. Now try booting. If it doesn't boot it may be an issue with the logic board, in which case cleaning it with alcohol may help, but is not guaranteed. You can try what is called an SMC bypass by unplugging the power cable, then holding down the power button for 10 seconds, then whilst your holding the power button plug the charger in then hold for another ten seconds then release, the macbook may well then boot. You would require a fan to safetly boot up.

Please keep in mind I don't have all the parts of the mac [It was hollowed] and the LED / LCD display is busted. I cannot see anything that appears on screen (if anything does)

Also, I only have one ram card, therefore I only have 1 RAM / 1 Gig. I am unsure if the Mac will power on due to the format of the Hard Drive being for Windows. If it's formatted for windows, will the Mac power on as Windows or whichever OS it was running before it was hollowed?

If it doesn't power on normally without an OS thenyou would just get the flashing ? folder symbol. If you have no screen, as long as you have speakers you would hear the chime. If you do get a boot try holding ALT, CMD and R+P upon booting this will reset the PRAM and you should hear the chime (it may not do unless you do the PRAM reset at first). As long as your Ram fits the slots (you hear it snap in place) then you should be fine with your 1GB stick. You can just remove the HD, the macbook will still boot without one but only show the flashing ? Symbol.

How am I supposed to see and do all of this if it doesn't seem to power on and if I do not have a functioning screen? I do NOT hear the chime when I hit the power button either.

I do not see how all these procedures need to be done when my question was how much RAM I needed, and what parts are necessary for the Mac to boot up. I don't want to reset it, or wipe it.

Then you should be ok with your 1GB stick, and a motherboard. If you have no power also with doing the SMC bypass trick, then you likely have a faulty logic board. You could either go with component level repair or replace the motherboard with another.