I'm trying to fix a MacBook Air 6,2 (13", Early 2014). The previous owner spilled water on it, but immediately took it to a repair shop, where it was disassembled and dried. As a result, the laptop doesn't appear to have any corrosion, and everything works but the backlight. The LCD functions, so I can use the laptop as normal if I use a flashlight or headlamp to shine light on the screen.

I've done a bit of research, and it seems like this is pretty common after a water spill and happens because of a blown fuse which can be replaced (LED display and backlight not working).

I have access to an electrical engineering lab (and EE friends), so I have all the tools I need to test and repair the MacBook.

Can someone tell me which componenets I need to test with a multimeter in order to diagnose which one is the problem? Here are some pictures of the logic board: 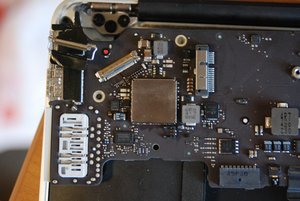 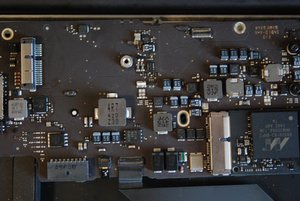 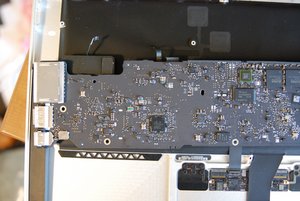 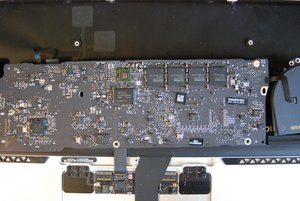 Highly likely the backlight driver IC has fried and will need replacing.