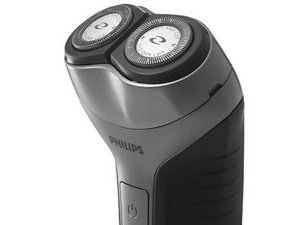 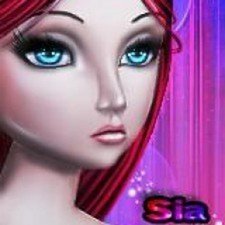 How to repair a curling iron which has been burnt out?

I, by accident plugged my TopStyler curler into a normal AUD 240V connector, instead of my 120V step down converter. As a result of this, the lights on the device flicked on then back off, I'm guessing it burnt out due to too much power. None the less, the device now doesn't turn on at all. I am planing on purchasing another one, but since I have this one, I figure I should at least TRY and see if anything noticeable has broken etc.

So has anyone got any suggestions??

When I undo the screws I see a complex circuit board type thing. I don't know where to start even.

Going by what I can see, it appears the fuse has blown. It should be clear, however it is slightly brown in one section, so im guessing that's the part which will need to be replaced?

Next question, where can you buy fuse's from? can you even buy them/replace them?

Regardless, the way I see things is, it's already broken, nothing worst can possibly be done to it so anyone who knows anything about burnt out things, any suggestions count.

EDIT: Okay this is the part I took out: 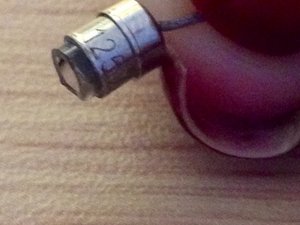 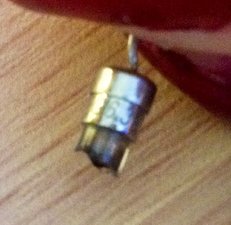 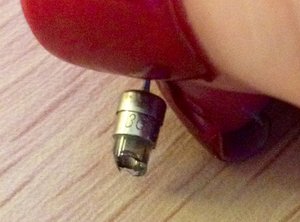 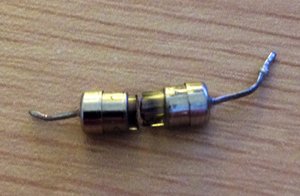 I'm not sure if the little 'cap' you see at either side should have came off, but I couldnt manage to take the cap off the fuse, as a result of that the fuse broke in half (as you can see). I tried to get a close up picture of EXACTLY what the fuse says. One side states "125V" the other side states "3G 6.3A" I understand that the 6.3A is the amps? Not sure about the 3G part though.

I'm from Australia and I've contacted a few department stores and they have been telling me that a lot of AU stores wont stock "125V", So now I'm looking to eBay.

I'm guessing I will need to buy a fuse that has the hooks at either side, since the caps came off when the fuse broke and otherwise there would be no way of holding them in place.

If you could be so kind as to perhaps post a link to eBay with the correct fuse I need I'd be very grateful. 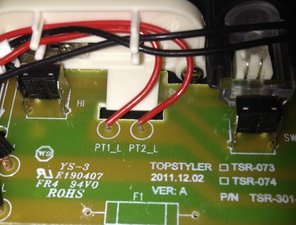 This is the reverse side

Rose, post some images of your circuit board with your question. Agregar imágenes a una pregunta existente

that means that anytime the current should be greater than 125V and 6.3A the fuse will blow (interrupting the circuit) to protect the device. Fuses like that are less than one dollar US and should be readily available. Any hardware store should be able to help you out.

So far I've found the following:

Not sure if the above would work because its 7A and not 6.3A.

I also found this:

However with the 125V option selected, it only has a 3A option. Also its ceramic and not glass. Not sure if that would make a difference.

So it's safe to use the 7A even though it's only a 6.3A? Or should I be looking specifically for either 6.3A or a lower 6A instead of higher? Since it only appears that the fuse has blown, I wouldn't want to replace that fuse with another fuse that won't work and potentially damage the device.

Thanks for your help.

(I was going to post this as a comment, but it would have jumbled all the paragraphs together...)

"Is there perhaps a different way of securing the fuse/axial leads to the device if I cant access a soldering machine?"

Nope, I am sorry to say. There are other ways to connect wires together which can work, but connecting them to a circuit board is a different story, especially one where you'll be running 120-volt house current.

"Also what are the risks associated with having a fuse not soldered to the device at all/correctly? Thanks!"

During normal operation, a fuse acts the same as a normal wire-- it just carries electricity. But if something goes wrong (like if your device has a short-circuit) then the fuse wire overheats and melts. Essentially, the fuse sacrifices itself to protect other components and keep your appliance from overheating or going up in flames.

So while it's possible to bypass the fuse (e.g. with a length of wire or a paperclip), it's also dangerous. The only good reason I've heard to bypass a fuse (and even then, only briefly) is to verify that the rest of your appliance is still working, i.e. make sure the fuse was in fact the only part that broke.

So, what can you do?

I saw someone in another question suggest taking a device needing soldering to one of those shops where they repair iPhones. Hopefully they'll be able to take off the circuit board and solder your fuse in.

The other alternative is to try soldering it yourself. It's definitely a useful skill (and personally, I think it's fun!). But do be warned, your device runs directly on house current rather than low-voltage DC, so a good solder job is all the more important.

fuses are not critical

under - they will blow too quickly

"fuses are not critical" really?