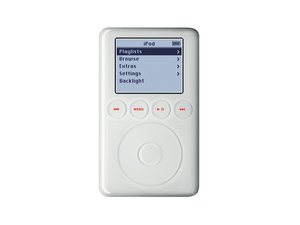 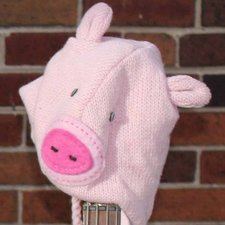 Just curious - has anyone tried to replace the hard drive with a newer, higher capacity solid state drive? I like my old bomber a lot, but I wonder if it could be more energy efficient and hold way more music by hot-rodding with SSD?

I'm going to get some specs and see whether the size and connections and so forth even allow it. If anyone has blazed this trail ahead of me, give a shout. If it works, I'll post the results on iFixit.

Depends which one you mean, we need to know before we can tell you

I'm president of the short-attention-span-and-losing-passwords club. My ipod is a 3rd gen model A1040, 15 gb. I'm going to have to replace the battery as well. I've done that before and it's a nice simple fix.

With replacing the HDD, how do I reload the ipod's operating system? I'm not sure the Apple Genius Bar will flash my device...

If I find I can do it, I'll be sure to take photos and copious notes to share.

OldTurkey, thanks for the pinout chart.

Most likely they will not ;-) Anyhow, the most important part to remember with this iPod is that you WILL HAVE TO HAVE A FIREWIRE ADAPTER and iTunes of Course;-). Once you install your new HDD, the iPod will be found when you plug it into your computer as an iPod that needs to be restored. It will download the proper firmware, but to finalize the restore process, it has to plugged into an AC-Firewire adapter.

Actually, this iPod will sync just fine over USB (and you can even format it, if there's enough battery), but it only charges using dock-style iPod chargers that use the FireWire charging pins. You can also sync it against plenty of other software, including open source stuff like RythmBox and Banshee, so you don't have to use iTunes, either.

You'd need iTunes to do the initial setup (formatting, installing the iPod firmware), though. Unless you were going to go with one of the Linux-based firmwares that are out there.

Mark B, yes you can, for as long as you find the right SSD. You need to know that the 3rd gen iPod use a MCD-D50 Drive Side Connector Series by DDK Connectors. I attached the pinout for the HDD, so your SSD will have to match the pinout. There have been plenty of conversion to CF card on the 4th gen and since it uses the same interface, it might be worthwhile to look into that. Check on here for a conversion.

I've been trying quite a few different compact flash cards, SSD's, and SD cards in the third gen iPod, and I finally found out how to make almost all of them work! I used one Mac computer, and one Windows netbook, but it's possible that you can do it with just your Mac and a virtual machine Windows.

I posted the solution over at Head-Fi, so instead of posting it again, I'll just provide that link.

I got a 64GB SD card to work (Patriot LX SDXC) in a CF-SD adapter I got on Amazon, which was put into an IDE-CF 50-pin adapter I also got on Amazon. The SD solution is really a hack, and the transfer speeds are so slow with SD compared to CF and HDD that I'd really stay away from SD cards in iPods if at all possible. Once you've got your music on, it's pretty quick, but that initial transfer can take many hours for just 30GB of music. With CF, it's as fast - if not a bit faster - than a hard disk drive.

I tried the KingSpec 128GB IDE SSD from Amazon in my iPod 3G, and I couldn't get it to work, but I didn't have the formula that I figured out (see Head-Fi link), so I'll probably buy that again and see if I can get it to work.

The only downside is that the drives have to be formatted for Windows, but I really don't see a problem with that since they can be read on Mac and Windows computers now. Happy hacking, everyone!

I have had much difficulty since trying this hack although it's been a lot of fun so far and Casey has been such a great help with advising me thus far!

I cannot seem to get this to work- I have been following Casey's instructions on Head-Fi and I'm getting stuck on the following. After plugging the SD card into an external card reader on windows 7, I'm using the GUI version of FAT32 Formatter to format in FAT32.

I then plug the SD card back into the adapter and boot up the iPod. I get the Apple Logo followed by the Folder icon with exclamation. Windows gives me the "unrecognized usb device" notification- that's all.

At this point I reset the iPod as per Casey's instructions and boot into diagnostic mode... then from there I select USB disk. Nothing happens at this point. Sometimes the "unrecognized usb device" notification appears but that's all.

On Mac, Disk Utility doesn't see the iPod or the storage device. If I connect the SD card to the mac with an external reader, I can format in FAT but once I try connecting the iPod to be recognized, nothing happens.

Every tutorial I have read out there says it's as simple as replacing the drive, connecting it to iTunes (sometimes in Disk Mode) and restoring the iPod. But for some reason this just doesn't want to work.

I have tried different iPod HDD cables but nothing changes.

When the CF to IDE adapter is connected to the iPod HDD cable, there is 6 open female connections at the end

Does anyone think this has something to do with the issue I'm experiencing???

Does anyone have any other suggestions? I swear that once I have successfully completed this project, I'm going to create a definitive guide so people in the future like me can create something like this and not have to struggle through it.

I had no trouble doing this, but then again mine is Mac formatted. See my battery replacement.

I formatted the card when I put it together and when I plugged it in I restored it.

Are you noting which pin is pin 1? Considering that there are more pins on the adapter plug than on the cable? Does your version have pin 1 marked? The extra pins should fall on the left side.

I used a KingSpec 32GB because you have to format as FAT32 that is the maximum the format will recognize or allow you to use. Formatted from Windows and notably the FireWire connection caused iPod and mac computer to crash, so must sync with USB and of course charge via FireWire.

Hi I have a 3g 40gb that I’d like to mod to a 128gb and new battery. Reading options of sdxc or cf but wonder can I replace with just an ssd? Do I need any adapters like with the previous ways? And if so, can anyone recommend a 1.8 ssd that would work with this model? Also I have a Y connector that allows usb and firewire for charging. Should that be sufficient enough to restore And update on iTunes via my iMac? Thank so much for any help you can provide.