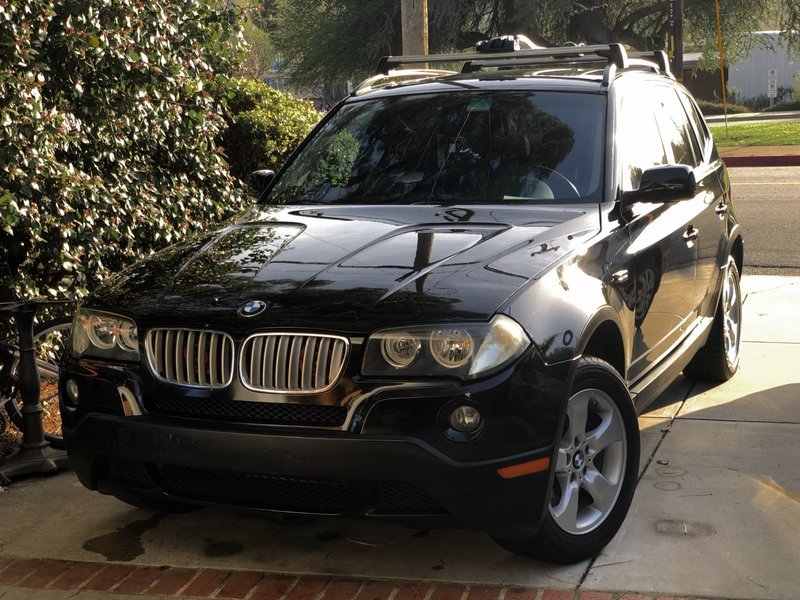 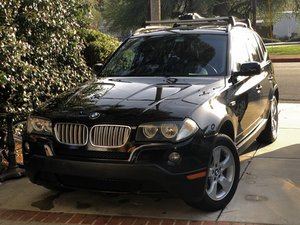 This is the second generation of the the BMW X3, this LCI model released in the US market in 2007 featured an updated exterior and interior styling as well as a new engine, the N52B30.

The BMW X3 is a compact luxury crossover SUV produced by BMW since 2003. BMW (Bayerische Motoren Werke AG) is a German international automaker of luxury vehicles and motorcycles. The first-generation BMW X3, called the E83, was produced between 2003 and 2010 and based on the BMW 3 Series platform.

When the E83 was released in 2004, it included an automatic four-wheel-drive system called xDrive, which is included in all X3 models. This all-wheel-drive system automatically splits torque 40:60 between the front and rear axles, though the system can be adjusted to direct all torque to either axle. The X3 features an upright, high H-point seating configuration, called “command seating” by BMW.

The BMW emblem is generally located in the center of their vehicle’s front end. The emblem includes the letters “BMW” in a black circle surrounding an inner circle made from two white and two blue triangles with the same-colored shape opposite to each other. X3 models also include the name “X3” on the rear of the vehicles. The 3.0si models include an emblem with the model name on the right-hand side of the vehicles’ rear end.