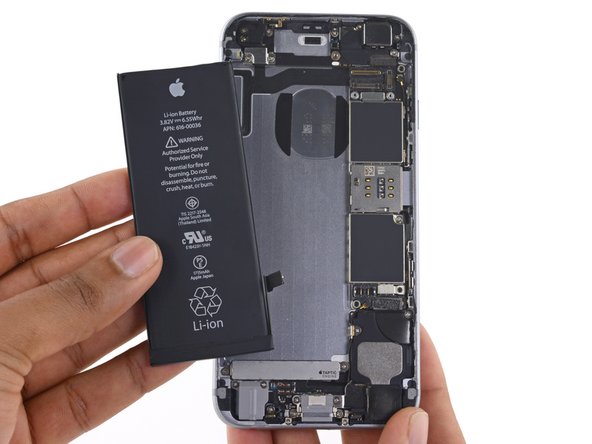 Battery would not hold a charge even without any apps running and as many services turned off as possible.

First "gottcha" was the instructions to run the battery down to 25% or less. That wasted more time than I wanted to spend so I started the swap out at ~40%.

Second 'surprise' was how hard those supposedly small clips hold the screen to the frame! Or maybe I'm just too old and weak at 76?! Once the first seam was created the blue opening tool was helpful but I feared accidentally knocking a chip/connecter/etc. Just used a twisting motion as much as possible to avoid pushing the tool inside the opening. Probably should have tried the Spudger but I didn't see any description as to what it was for in the instructions. :headbash:

Third surprise was the black, goo that is probably a sealant to help prevent water damage. Never saw any mention of that being in there and there is no apparent way to replace it. NOTE TO SELF: Do not swim with iPhone.

My most serious problem was actually using the wrong guide! I wear glasses and am used to somewhat technical literature, but I somehow managed to use the iPhone 6 rather than the iPhone 6->S<- guide!! There ARE some slight differences, the top cover for the screen, data cables has only 4 screws (first clue!). And the "S" guide doesn't even attempt to remove that cover much less disconnect the cables. The Data cable was very difficult to plug back and the only disadvantage of leaving them all connected is that the screen will still be connected by those flimsy cables.

But the most difficult problem is picking up the screws! Most of them are too short to allow placing them in a hole by using the tweezer. The method I used was to get the screwdriver into the screw head and carefully moving to the screw hole. I used double-sided tape to keep the screws separated by use and it helped to get them 'standing up' on the tape so I could carefully get the tip of the screwdriver into the head. It would be useful to have a third hand (clamp) to hold a magnifying glass!!

Double-sided tape, with labels for the page/step and the general layout of the screws will be helpful. But I still don't recommend sneezing while the screws are out of the device!!!

Double-check the orientation of the battery when replacing the glue strips!! I managed to get them on the wrong END of the battery, which may make it more difficult the next time some one wants to replace the battery. Fortunately, I got the sticky stuff on the correct side, so the replacement works fine.

Have some one else confirm what model phone you have and which guide you are going to use. DOH!!!