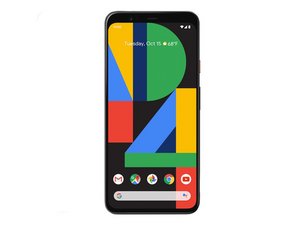 I recently bought a broken Pixel 4 XL on eBay to see if I could repair it. I did it for the fun of it and to learn something, I've already got a couple working phones so my hopes and dreams aren't hinging on this one device. The issue with this Pixel device was a strong green tint. I did some research before pouring my money into this project, and it looks to be a fairly common issue with these devices, which is more or less a software glitch.

However, upon receiving the device, it appears the issue with this Pixel 4 XL is slightly different. The device does indeed have a green tint, however, its different from the green tint issues most Pixel 4 XL owners have reported, because unlike what's commonly reported, my Pixel's green tint stays consistent across the whole brightness spectrum, whereas most users report the green tint being more apparent at lower brightness. Some Pixel 4 XL users have reportedly fixed the issue by turning off the 90Hz refresh rate, night light, or always-on display, but for me, toggling these settings haven’t done squat. Also, Google has supposedly fixed the issue with a software update (as it was a software glitch) in early 2020, but I'm on build 220405.003 of Android 12. Now there are things I've noticed about this green tint issue that are uncharacteristic of what most other Pixel 4 XL owners have experienced, such as areas on the display that should be displayed as black are instead green. For this reason, while I am a big fan of dark mode, I haven't used it on the Pixel 4 XL because in essence its looks more like ‘green mode' on this particular device. I'll include some photos to demonstrate what I mean. 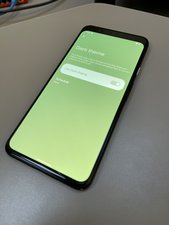 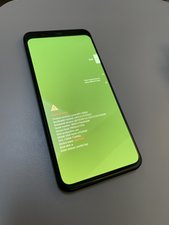 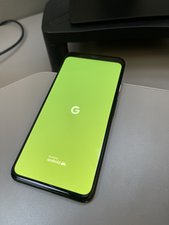 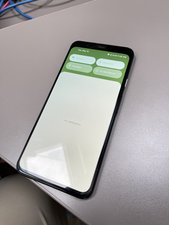 In all the above images, the green areas should’ve been displayed as black.

Something else I've noticed too is that the display looks kinda "milky", in other words, its not clear and crisp like you'd normally expect: 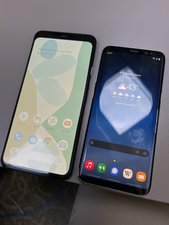 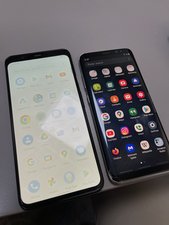 The images don’t seem to do justice, but trust me, there is a slight green tint. Plus you can notice the display doesn’t look crisp and clear like the Samsung.

I have tried factory resetting the device numerous times, none of that seemed to help. I thought it might be the display, so I grabbed another broken Pixel 4 XL that I had on hand and swapped the motherboards, but the issue persisted across two different displays. I installed the CleanSlate kernel by tbalden, as this custom kernel has a degreenify feature, but while that helped a little bit, its not fixed it, there is still too much green.

I've come to the conclusion that the issue is not with the display, but with the motherboard, either software or hardware. Anyone have any ideas where specifically the issue may be or a possible resolution?

I think I can answer my own question. Within a day or two of posting this question here, the display died completely. It appears to be a motherboard issue as I swapped just the motherboard and now it works perfectly. I suspect the built-in graphics on the motherboard must’ve died.

Thank you for the post 🙏 I have this exact same issue could you tell me if you lose all your data and pics stored on your phone if you replace the motherboard?

And if I remove a brand new screen (that I had replaced and didn’t fix the issue) am I going to need to replace the screen with a new screen, I’m asking is it impossible to remove the new screen intact?

With Google it’s impossible to get the same pics stored back on your phone in one batch - I have hundreds of pics stored in my phone that I would have to re download one by one if I lose them on the local drive.

I checked the motherboard, and specifically took a look at the display connector, but didn’t see anything abnormal, but maybe I don’t know what to look for.

I’m on build 220405.003, there’s only one release newer than that. Currently the Pixel says it’s at the latest but Google is pretty slow at rolling out updates, however I could side load it. But considering Google fixed the green tint bug in a software update over two years ago, I don’t see taking all the time to update to a slightly newer release doing any good.

Thanks for your help though!

ok good luck with fixing it