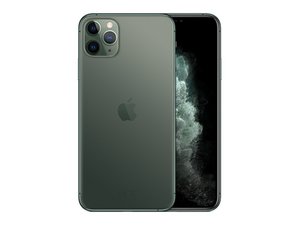 So I replaced the screen of an iPhone 11 Pro Max. Repair went fine and everything seemed routine until the client reached out a couple days later saying the the display was acting up. After asking a couple questions and looking at the display to see if everything was still connected correctly, I gave them the phone back.

A couple more days passed and now they reach out again with a similar problem so I assume it was just a faulty display and I replace it with another new screen I have from the same supplier. Same problem a few days later.

Has anyone dealt with this before? At this point I think there is further damage to the phone besides the display or this supplier just has some terrible screens.

what supplier and screen replacement did you use?

I have this same issue but with an iPhone 6s. I recently bought a replacement screen from iFixit and it had ghost touch so I am getting it replaced. Sometimes ifixit sends screens that have ghost touch. I don't know if you bought from iFixit, but like 10% of the time for me, I get ghost touch after a new replacement. I know for a fact that apple pairs screens with the device and if the serial numbers don't match than apple will disable some functionalities like true tone. I have not heard of ghost touch with an unpaired display, but it might be a real possibility considering Apple's track record. I don't know if you have the tools to do so, but try pairing the screen with the same serial number as the original. Hope this helped, - Jackson