What are these dark spots on the bottom of the screen?

I’m working on this iPad for a friend and the first thing I noticed was these dark spots (or glares?) on the bottom of the screen. There is a bit of a small line (either a scuff or a scratch) next to the charging port. My friend got it secondhand from his boss, so he’s not sure if it’s been dropped. he’s certain it’s never been left on a hot surface or in a hot car, but would either of those cause this?

I’m asking in case it’s related to the main issue with this iPad: It randomly reboots. Sometimes for no reason at all, sometimes just for moving it, or even if it just slumps down on a soft surface.

I restored it for him twice already. He seemed to think it was a software issue, but even the restore process acts a bit wonky. It reboots many times, I would say about 20, before it finishes.

Anyone ever seen this or have any ideas? 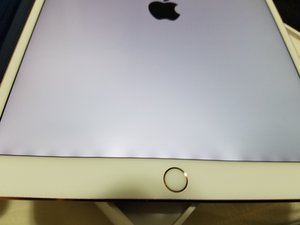 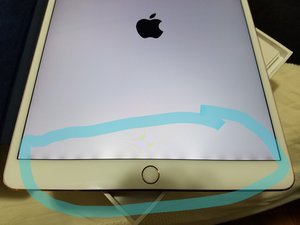