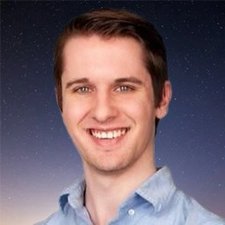 I’m working on a customer’s iMac 2019 for a no-power issue. She stated it was rarely used for the first year and a half she had it and just recently started using it for remote work. I can’t imagine that she could have done anything to it to cause an issue. She even had the original box, foam, dust cover, everything. One day, she went to turn it on, and nothing happened. No fans, no chime, just a bit of an initial whine from the PSU capacitors when it’s plugged in.

After checking the diagnostic LED’s on the logic board, *only* LED #2 is lit. LED 1 would indicate trickle power and LED 1 + LED 2 would indicate the system is on and receiving enough power. Never, though, have I only seen LED 2 on with LED 1 off. I checked the diagnostic guide for this iMac and nothing in the troubleshooting section says anything about an LED being on “out of sequence” of the prior prerequisite LED’s.

What I’ve tried so far: 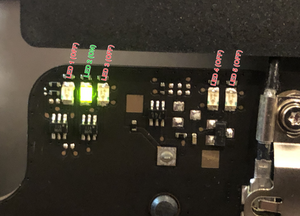 any update on this? I also have the same issue and couldn't find anything regards LED 2 on

I've replaced the PSU, no luck. Did you have any luck diagnosing this?

No luck so far Stefan, Seems to me it might be a SMC problem, which may cost a new logic board. :/

Sadly, it’s not a full depth Technician Guide missing the needed info to diagnose things. Even still its useful!

Thanks Dan! I have already checked the service manual for the LED codes and nothing in there specifies only LED 2 being on with LED 1 off.

It’s almost like it’s telling me that it has enough power to turn on, but not enough trickle power lol.

@mmurphytech - It sounds like you managed to get the Technicians Guide for this system. I haven't found it lurking online. I was under the impression Apple was forcing everyone to access the online version via their service network.

I actually used the same guide that you linked earlier. It does have LED diagnostic codes, just nothing that explains this particular LED combination.

I had the same problem and fixed it finally.
For me, I found that one of my CPU pins was bended after checking all the components. I fixed the CPU pins problem and my iMac was work again.

Sweet!! Glad to hear you figured it out. I did not check the CPU as my iMac was still under Apple Care so I decided to glue the screen back using the ifixit adhesive strips and take it to Apple. They fixed it but when I asked, they would not disclose what exactly was the issue...quite disappointing. I would have loved to know.