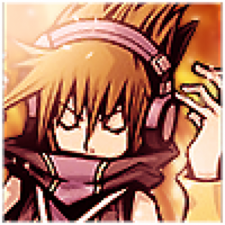 Yesterday I was using my MacBook just fine, connected to the power, when it suddenly restarted: I was in Bootcamp and initially thought it was a Windows 10 issue, but then the Mac partition wouldn't boot and kept restarting; at one point it got stuck on a boot chime loop which wouldn't go past a white screen, then nothing. Now it's stuck on a black screen, no chime, fixed white power sleep light.

What I tried to figure out the problem:

Now, what could be the issue that makes this all possible? I never had any kind of hardware problems with this computer so I'm really confused and kinda hoping it's not a logic board failure.

How can I know for certain whether it's that or a RAM issue? Considering even the original RAM isn't spared from the black screen (though it does turn on with that after numerous tries)? Would a logic board failure still make the Mac occasionally boot and work?

I really hope someone here can shed some light on my situation. I care a lot about this computer and would like to see it working again. Thank you for your time.

Sounds like you want the problem to be anything but what it truly is! Your logic board has bit the dust!

Well, I replaced the logic board and it works perfectly now. I guess I just couldn't believe the old thing would give up on me, at first! Thank you all for answering; Dan, I will print out your answer and give it a special place in my room lol. I needed that metaphorical kick in the butt to finally buy a new logic board. I was unsure because of the price, but I love this Mac to death and if I can give it a few more years of life I'll gladly do so. Thanks again.

P.s.: Last time I looked at the model number printed near the AC connector, but the true serial code for the logic board was 820-3115-B, printed on the logic board itself. So all the boards I was seeing online were actually compatible.