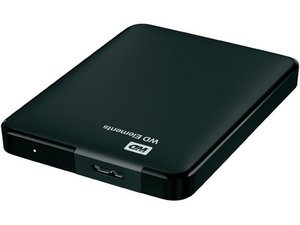 After "copy" "paste" the hardrive does not working anymore

I just bought a hardrive. I plugged it, copy paste some file. The transfer didn’t finish. It gives an error and now it does not work at all. (see an example) 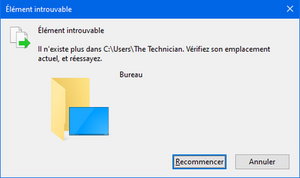 Notice : I’ve already done some scan and try to find the hardrive through the windows built-in options or with another program called “AOMEI Partition Assistant” but it does not appear.

I also used wd elements scan program. It cannot do anything because of there are too much blocks error.

if you had tested with another computer and it is also having the same issues, e.g. read / write issues, try sending back for a exchange / repair

The seller does not respond when I try to contact him.

@kevin07 Whered uou buy it from? if its from ebay, give them a call, they can help you

No that was from aliexpress.

@kevin07 oh. I’m not entirely sure how that would go down then, as Ive never bought anything from aliexpress

I know this is not an immediate solution but for future choices.

These name branded external drives are the worst possible choice. Always, always purchase a SEPERATE case/controller and hard drive. Again, why? Often the branded ones have the drive’s circuit board and the USB port imbedded in the same circuit board. If that circuit screws up you are often lost. The component solution (like a good hi-fi sound systems) allows you to easily take the drive out, if the USB part goes bad, and recover your software in another system or case.  If the drive dies replace it or upgrade to SSD or larger capacity. A no brainer!

A “block error" means the hard drive is dying.

That was my first use of this hardrive. It can't be.

well it is possible, i suggest to file a dispute, sometimes either seller is dishonest or during transit on your package, it get damaged.

I had the same issue with a brand new 2T external hard drive, in my case the drive would systematically stop working when it reached around 750Gb data storage. I could still format it with gparted and it would be usable again but the problem is still there and I haven't found a fix to this fault yet, so I'm left with less than half storage capability. That said, worst case scenario you can't get a refund/replacement, you could try doing some tests with utilities like smartmontools(cross-platform) and badblocks(GNU/Linux) and hopefully solve it

UPDATE: After disassembing, connecting the disk to the pc through SATA and wiping it (zero-fill,1 pass) the problem was gone, all disk space usable, no more r/w errors - along with the terrific slowdowns and frequent hangs - occurred during file transfer. So I put the drive back in its USB enclosure, formatted it and tested again, still works fine, so I suppose one can replicate this without taking the disk apart. From what I understand, reinitializing the hard drive allows the identification and correction of damaged sectors; sure it takes a while, but mkfs utility did the trick for me. On Windows there's a variety of free tools (most of them included in hirencd) to diagnose/fix hard drives presenting software-corruption symptoms

I ordered it from a local store here in Italy, model is Seagate expansion SRD0NF1. Still havent't tried testing the hard drive only without the usb controller, I hardly doubt that could be the cause, a manufacturing defect is more likely IMO. However I'll do some more tests when I manage to free up enough space to backup the data I have on it