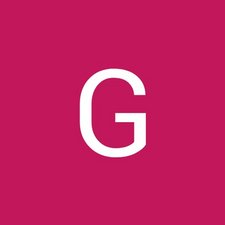 Hi! The damage is present in the backled circuit. There is a component that is overheating and opens the circuit. the most probable thing is that it could be one led or several. Another cause is an overheated resistance that is changing due to overheating. To discard you would have to review the led tapes and discard them one by one with a new tape. In the circuit, physically check the resistors to see which one is overheated and test them with the ohmmeter-

Thanks for your answer.

Yesterday I unmounted the whole TV to access the back led, and I discovered that my TV is edge-lit, with only one strip of led on the left side. This really looks like bad engineering because my left side is clearly overheating since it needs to light up the whole tv (and this probably causes LEDs to fail)… It would have been way better to have two strips, one on each side to spread the heat and avoid problems.

I first powered up the TV to observe the LEDs, and at first, they seem to all light up, but then about 10-15 LEDs on the low end of the strip shut down, and about 2s later the whole strip shut down. Which is a weird behaviour but ok. Since the whole strip of 60 LEDs takes about 70V to light up (and not 60*6=360V), I’m guessing they are probably divided into 10 LEDs in parallel.

That probably means a bad led somewhere in the low end.

So I proceeded to test them individually with a 5V power source (closest thing that I had), and just one LED would turn on. I’m guessing that this one is producing the failure.

Now I will try to buy a replacement strip from china, and maybe a single LED from a local store since the strip from China will probably end up arriving in my country in 4 months.

I will post again to tell you if the LED replacement ends up working. And of course, I will post pictures document the process.