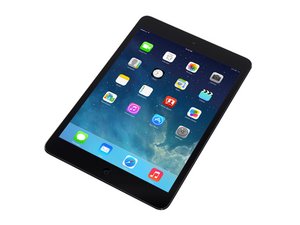 I have a ipad mini 2 that i’m trying to fix but it won’t turn on or be recognized by itunes. This ipad has never been opened before and I have already tried a hard reset and making sure charge port is clean. I hooked up my ahmeter to it and it shows charging at .3a only. Is there a good way to test if it could be the tristar chip or power ic chip that’s faulty or is it something else as it is charging at .3a?

If this is still the original battery (you say it was never opened), then chances are you have a dead battery. Either way, you will have to open it up. Leave the iPad on charge overnight and then check the battery voltage with a voltmeter, anything less than 3.5 V means the battery isn’t strong enough anymore to boot.

When troubleshooting charging issues, I would do the following (in order):

I tried a good known battery and it still only charges as 0.3a

See my edits above. You have already tried points 3 and 4. I would check the Lightning port for debris (2). Unfortunately, replacing it requires some micro-soldering, as would a Tristar issue (5).