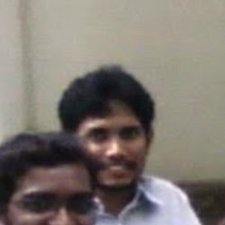 Why is my display starting in Pink tint after coming back from sleep?

I must say the latest hardware change that I had made first. Recently I upgraded to a 500 gb NVMe Crucial P1 SSD with an adapter pulling out the original 128GB tiny one. This issue has started since two weeks of installing it. I am not saying it might be the direct reason. The problem I have is the display is now tinted in pink after coming back from sleep, not restart. It goes away after 4 to 5 min of keeping it open.

Now I don’t know if it is the display connector, or the Retina display that is the cause, it is bugging me a little and I am not sure if it might even cause permanent damage to the display or the board. I had opened the board and made some regular self service by reconnecting the display pin and other pins as a whole, still no luck.

I have found out that it is not really the NVME SSD anymore, because even after installing the original Apple SSD, the Pink hue is back after hours of sleep. I really don’t know where the problem lies.

I have went for a panel replacement and it has simply fixed this problem immediately. It was the display.

Sadly, this is in fact due to the SSD you put in! Using an M.2 SSD with an adapter you can encounter issues like this.

The issue is the M.2 SSD’s don’t handle the special signal lines Apple has in their custom SSD’s to hold the state of the drive fully. So your display will go pink when recovering from sleep mode! This is the way your system works leverages virtual RAM which is storage space on the drive to extend the RAM foot print.

You won't damage your logic board, but the drive/adapter combo won't last very long. I would look at getting a OWC or Transcend SSD which is designed to work from the get go in your system Vs force fitting an M.2 SSD into your system.

I had wished Apple would have embraced the M.2 interface with their SSD's Vs going there own way. Or, at least publish the interface (and the updated ones as well) as they never offered the option to upgrade the drive.

Clone system makers encountered a similar problem when the original IBM PC came out and was a success. The PC's BIOS was copywrited work so competitors couldn't copy the BIOS firmware. It took many attempts until they got it right using one group of engineers to define what the BIOS did (from a Black Box approach), then passing to a different independent group of engineers (White Room) to create from the ground up independently. Then having a a third group of engineers to test it and then pass to the first group what failed. All of this monitored by a bunch of lawyers so IBM couldn't argue it was their code.

This is a very costly endeavor! Many companies failed with customers holding the bag with a defective system. Only two PC companies really succeeded! Compaq (now part of HP) and Dell.

Thats the same issue here as these adapter makers just took the easy route, just translating the PCIe lines and not deal with the other lines Apple uses.

So, will it cause any sort of logic board failure in the future or I can live with it, since the tiny 128 gig is not at all enough for my current needs if I want to go back.

Thanks for update, but the reason I went for M.2 nvme was to save some bucks. The transcend 820 which is compatible is almost equal to a used mbp 2015 13".

I get it! Penny Wise - Pound Foolish

I have an over flowing drawer with these adapters and failed M.2 SSD's.

I hate seeing people cry when I tell them they didn't save anything, instead it cost them more! Now that I have to put in either a real Apple unit or a better SSD from OSC or Transcend.

Sorry I had to unaccept the answer, because even after installing the original Apple SSD, the screen gets back with a Pink/Green hue after sleep.