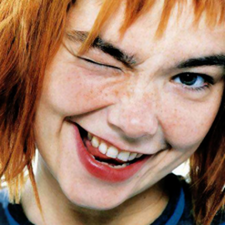 So I’ve had this for a few years now(New Nintendo 3DS XL) but have shelved it since I’ve gotten a Switch. It’s literally been put away for about 2 years now but a few days ago I decided to use it again to play some old games. Today is when my issue started occurring.

My system is in good condition and I properly took care of it. Today I was playing a game and closed my system and put it in sleep mode to come back to it. When I opened it back up the system was shut off. I thought it was just dead so I charged it but even after putting it on the charger it wouldnt turn on. I decided to leave it charging and no matter how much i pressed the power button it wouldn’t turn on. So I took the battery in and out and kept pressing the power button and it decided to turn on after that for some reason. The system seemed fine and it indicated that the battery was fully charged so I decided to start playing again. About 5-10 minutes into playing it randomly shuts off again.

After multiple attempts off doing the same thing again(pressing the power button) the system decides it wants to turn on again and it does. I’m playing fine and then it completely shuts off. On a separate occasion the Power light on the system stayed on but the screens went completely black. Any idea what the issue could be? I was thinking something could be loose inside but I remembered I literally haven’t touched this thing for a while so I don’t think that could be the issue but I’m clueless with this kind of stuff. Is it simply the battery?

It may be caused by a faulty battery. If someone from your family or friends have the same model, you can try using their battery and check if it works. Or you can buy a new replacement battery. It’s up to you which option will you choose.

Try that and if won’t work, let us know so we can troubleshoot it further.

I am having the sam3e problem, but my battery works fine. I can't get past the first screen without it making a loud pop and restarting.

If there's a popping sound there is a short in the console. The most common problems are the ribbon connector components. The 3ds models have a self test when turning on and if there is a problem with the connection like the screen ribbon cable it will fail the test and shut off

@Peter Perez Yes i have the same problem and my ribbon cable is exposed.