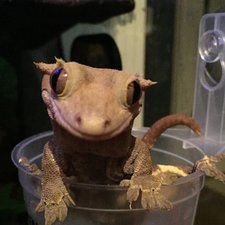 (This is an update on a question I asked earlier)

A neighbor has asked me to fix this 13” mid 2013 MacBook Air. It shut down in the middle of an update and will no longer boot up normally. She was updating from MacOS 10.8 Mountain Lion to MacOS 10.14 Mojave. I verified it died in the middle of an update by taking out the SSD and plugging it into another MacBook from the same year. When I powered it on, it booted and finished installing the update.

If all power is cut (i.e. the battery is unplugged along with the charger), It wont turn on and will only give me a quarter fan spin. The only way to get it to turn on is to hold down the power button while connecting either the battery or charging cable.

I have determined this is an SMC issue because of the following symptoms;

If I reset the SMC, the MagSafe light will turn back on. However, the computer will not turn on afterwards. I have to disconnect the battery and start over.

My guess is that it was performing an SMC update and it failed. The current SMC version is 2.13f15. Is there a way to reinstall the SMC firmware? Or is there something else that may resolve this issue?

I would run the onboard diagnostics to see what it shows. Press the D key when you restart the system

Thanks Dan! Here is what it tells me after running the diagnosis;

The battery was not detected

There may be an issue with the System Management Controller (SMC).

There may be an issue with the camera.

If I'm not mistaken, the battery and camera are also connected to the SMC?

Well your SMC logic needs repairs, This will take some serious effort to fix the logic board.