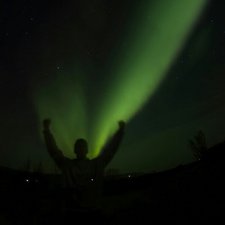 Hey all, I have tried to upgrade my MacBook with an SSD. I have opened the back plate, disconnected the battery cable, removed the HDD and inserted SSD. After that, the MacBook was dead. There is nothing, no fan spin, no beeps, no lights, nothing. I have tried with the old HDD and it’s the same. Dead. The only light I get is from magsafe.

I have tried booting it up with no battery, with battery and magsafe, with HDD, SSD I have disconnected the keyboard, RAM, … don’t know what else I can try.

Anyone have any idea where the problem could be?

And of course, right after I posted the question my MacBook turned on.

It looks like that the solution was to disconnect and re connect the drive cable connector? I’m confused. Anyway, it works now - I’m just installing OS on the SSD.

Nice it probably wasn't connected right or the pins were dirty then.

But shouldn't MacBook boot up normally even with this problem?

Try checking the power button or any small broken microchips.