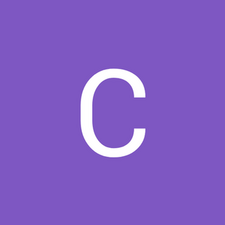 Hello! So recently I purchased a surface pro 4 on Facebook with the keyboard and pen knowing if had an issue. The guy said he was using it one day and the screen froze. He went to reboot it and it never turned back on. It charges and the keyboard gets power (I can press the buttons on the keyboard to change the backlight brightness for the keyboard and that works) but I can't get it to display anything. Is the display dead? Hardware problem? I'm a pretty experienced electronic repair person, but new in the realm of surface pro 4’s. I can't get it to get in the UEFI either

Try to press and hold the on/off button for at least 30 seconds, this resets the Surface. These tablets respond a bit different to the power button than a normal PC. We have several Pro 4 tablets here, all with these symptoms every now and then. Surface tablets seem to have major issues with switching between power states, especially in combination with a Surface Dock. It’s more stable with the latest firmware of the Pro 4 and the dock, but still not responsive every now and then. The official Microsoft instructions give you 2 options:

If that doesn't work, use this two-button shutdown process to make sure your Surface turns off completely:

The screen may flash the Surface logo, but continue holding the buttons down for at least 15 seconds.

Give it a go, hope this helps!

I have the same problem as Corbin.

I did CPR, I did the button hold things.

What else could be the problem?

I'm looking for thin plastic tools to open it up some day soon.

Should i boot to usb?

Just tried to plug an external monitor to the surface dock and it gets no signal with it turned on.