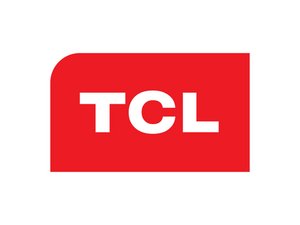 Televisions made by the Chinese multinational electronics company, TCL.

TCL Roku tv turns on with logo for a fraction of sec, then black out

Hello, I have Model 55S405 TCL Roku TV. When I turn it on it flashes roku tcl logo for a fraction of sec and then screen blacks out. I unplugged tv for 15 mins and overnight , I tried to reset it by pushing reset button and I tried reset from roku remote using “home button 4 times, up arrow 1 time, rewind 2 times and forward 2 times” but nothing worked.

I had exactly the same problem. I found a temp fix for it at the moment, but it is not an ideal solution.

Anyways, I believe the problem is caused by 1 or more faulty LEDs in the back. I believe this somehow alters the voltage and it somehow triggers a safety mechanism to turn the LEDS off(since they are working at start). I figured that lowering brightness might lower the voltage on the LEDs and that it would not trigger the safety mechanism. I put it on the darkest settings(I turned on the T.V in a pitch black room to be able to see the settings). I turned it back on and it was working. However, it sometimes still triggers what I assume to be a safety mechanism of some sort every once in a while. I just turn the T.V off and on and it should work. If it does not work, then just unplug and redo it.

I know this is not a good fix, but at least it allowed me to watch a Star trek episode on it.

This was the only thing that worked for me! The screen was VERY dark but not completely gone so I turned off all the lights and I was able to get to settings and put on the darker mode. Thanks so much for posting this!!,

This helped my TCL to work again but not always. For a more permanent fix would it be the LED light strips or the power board that I would need to replace??

Thanks for this suggestion.

It's the one that worked for me.

"..I tried all the restart enable disable unplug wait x seconds and finally factory reset and nothing has fully worked.

I get the flash red/logo screen and it turns dark.

I put a blanket over the 40s305 that I got as a gift maybe 3-4 years ago, and I can see everything under there.

I also get the occasional 20+ seconds proper red logo screen as it's ?loading and I get really happy like it's getting fixed, but nope.."

While snooping around in the settings, I also turned off the LED.

I've no idea what that did or does, but along with your suggestion, my tv is working again so I'm just gonna leave it.

the Led back light is bad check this video: https://youtu.be/LaV6aQ8LIpw

@tapan when this “and then screen blacks out. “ happens, in a darkened room, shine a flashlight at an angle against the screen. Check to see if you can make out shapes, silhouettes etc. TCL has issues with backlight failing. If you can make out silhouettes it is most likely the backlight array that has failed. If not, you will have to remove the back cover and check the power board. Measure the outputs to the main board as well as to the backlight LED’s. Let us know what voltages you get. Post some good pictures with your question so the we can see what you see and follow your troubleshooting to help you out further.

I have the same problem. How do you jump out the safety circuit to get to test it. I use to be an electrical engineer

Can you send me a pic so I know?

@paolodeu application of to high a voltage/amperage when they are already weak or a weak spot on the solder connections etc.

SO if this happnes then you are basically screwed forever?

@Jair Reategui no, not really. All you would have to do is to replace the LED backlight strips.

My model 50S425 that is a bit over 1 year old, started doing the same thing.  Was working fine one minute then shut off a show to put my son to bed, after that the tv would turn on, show the red TCL logo screen then turn back off after about 15 seconds.  Then after 10 seconds or so it would turn back on by itself, spend 15 seconds stuck on the red logo screen and turn back off.  It would stay stuck on this loop until I pulled the plug.  I tried everything I read online.  Unplugging made no difference, 1 hr, overnight, still the same red logo loop.  Every trick to fix it I read online didn't work.

The reset button on the back wouldn't work either.  But I noticed that if I held the reset button down for about 40 seconds it would go to the reset menu.  As soon as I let the button go it would go back to the red logo loop.  I tried to keep the reset button pressed down the entire time while I went through the reset process but it would come to a point where the tv needed to reboot and it would then act like I let go of the button and go back to the red logo loop.   I thought maybe it was a firmware issue and loaded an update on a USB thumbdrive and tried to use that during the reset process.  But the TV would not recognize the thumbdrive so it seemed like the USB port was bad.  So a bad USB port along with a reset button that only responded when held down the entire time led me to believe this was an issue with the hardware, specifically the main board.

The screen looked fine during the red logo loop and also while the reset button was held down so in my opinion that board was fine, the power stayed on the entire time the reset button was pressed so it seemed to me the power board was fine.  I was able to connect to wifi in the reset menu while the button was held down so that board seemed to be working fine too.  So I bought a new main board for like $28, only took about 15 minutes to install it.  There are some videos online to walkthrough the process but it is pretty simple.  Works perfect now.  If you tried all the other fixes suggested and none of them work, before you curb the TV, I would try replacing the main board.  I had an HD antenna with a booster that used the USB port for power and I have a feeling that fried my board but who knows.  At least now the TV works.

Main board replacement solved the flashing splash screen > turning off issue on my TCL 65”. As another poster mentioned, it's a very simple fix and relatively inexpensive. I personally didn't know which board would solve my issue so I bought all 5 for ~$70 at ShopJimmy. Started with the power board, which wasn't the problem, then main board, and wha-la!…it was working. Replaced all the other boards once I determined it to be a main board issue, since I was in there and had replacements on hand. Tossed the original main board and held on to the others, just in case.