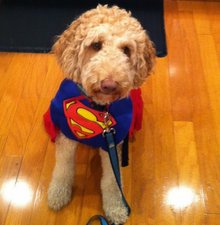 Screen shuts off after opening more then ~30 degrees

This began with dimmer nodes at the bottom of the screen as it was opened and concluded later with the screen first going dimmer and then blacking out as it is opened before this issue was fixed by resetting the pram and smc. However that is no longer the case, additionally, it has been taken to a repair place and they said that the cable seemed fine. 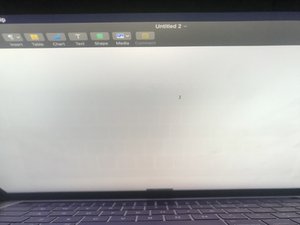 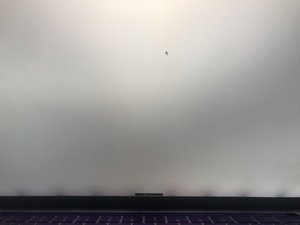 You have the dreaded FlexGate issue! Ouch!

You’ll need to visit a real Apple Store and request a warranty exception. Be polite! And if they don’t give it to you, ask to speak to the service manager, and work your way up the food chain.

If you can’t get to an Apple Store your only option is replacing the display your self which is not that hard! Here’s the needed part: MacBook Pro 15" Retina (Late 2016-2017) Display Assembly and here’s the guide Reemplazo de la pantalla de la MacBook Pro 15" de finales de 2016

@danj I got the same machine in, it's the same problem, of the screen shutting down after opening greater than 30 degrees but no stagelight issues. A visual inspection is showing nothing amiss. Runs fine till opened greater than 30%, then the display just goes black. Just in case, I reset the SMC and PRAM. Any pregnant ideas?

@mayer - Using a flashlight do you see an image at all?

Did u guys figure out how to fix this issue? I’m having exactly the same problem.

Same issue 13 inch MacBook pro retina display 2016-2017 it was working when fully opened for awhile then went back to only working at 30 degrees opened. Also stage light issues.