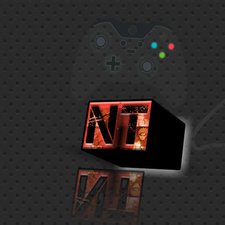 if i make a reflow to my ps3 slim and change the thermal paste for the gpu and cpu heatspreader and make holes in the case and add more fans it can last longer???

P.S:I'm not playing very much.

I don’t think that making holes in the case will give you any more advantages than other things that you described.

After dusting the inside off and replacing the thermal paste (Arctic Silver 5 is one of the best options), keeping it in a well-ventilated place and allowing fresh air to pass trough should do the work.

The stock fan is enough as long as it’s fully working and does not have broken wings.

As you know, reflowing the chip may not be enough as the solder balls used by the manufacturer are lead-free, and those have tendency to crack. Even reballing is prone to failure as the chip is affected by high temperature.

If your slim is a cech-2501a or older model you basically don’t need to worry about it having rlod/ylod symptoms which were for a long time attributed to cracked rsx/cell chips caused by overheating. As long as it’s kept in a well ventilated area and it doesn’t have any dust inside it should be fine as is but you definitely should replace the thermal paste every few years or so. If it’s the older model ventilation holes and new thermal paste will definitely help and more fans might as well. Mostly just make sure you’re playing in a relatively cold room and the console has plenty of room around it so it can breathe.

Now as for reflows those are a terrible idea and a waste of money because it’s just a botched version of reballing which in most cases isn’t necessary anyways but can help sometimes. Usually if your PS3 has rlod or ylod it’s due to the capacitors wearing out over time. Honestly there’s basically no way without hardware modifications or reprogramming the syscon for the PS3 to get to the 217°C/422°F required for most lead free solder to melt and become malleable. Now if the system was ever dropped especially right after an hours long session on a very intensive game then there’s a chance the solder balls under the rsx or cell chips could have cracked but that scenario is extremely unlikely.

The reason you don’t need to worry about cech-2501a or newer models getting rlyo/ylod for the same reasons you do the older models is because the newer ones use the exact same capacitors they tell you to get in the link below.

Source for rlod/ylod cause and solution: