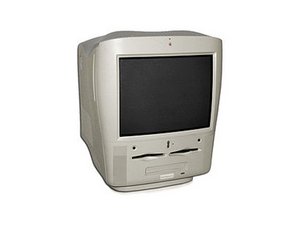 I building a hot rod Beige G3 for a customer. I've built one of these for him before but forgotten a lot about these machines because it's been ten years +. Using 10.2.8. Sonnet 1GHz G4 CPU. 768 Megs of RAM. Bus one, a 120 HD formatted 2 partition to a 7.5 GB with the systems on it and 112 GB as storage. The second hard drive, 500 Megs, was formatted on a MDD to be able to see past the 128 Meg limit. System profiler sees the drive as a 128 but won't mount it. The drive is set to master and the DVD set to slave. I seem to remember there were three different ROMs for this machine but don't remember why. Anyone have a better memory than me? I hope so.

It took a month or trial and error but I now have the answer.

iFixit archived this question and put this statement on it, "This question was archived because you did not provide enough information to provide an answer. You can update it with additional information to re-open it." Well there's all the information needed to answer it so don't blame me. There's no answer because no one knew the solution.

After fighting with this problem for almost a month I finally got it.

I had been formatting the drive in an MDD (because the earlier machines would not see drives over 128 MB. I had OSX 10.5 installed and used Disk Utility to format it. It tried all the different Mac formats. The Mac OS Extended format could be seen on the 10.2.8 system profiler on the G3, but only as a 128 and would not mount it. I finally booted the MDD with 10.3 and used Disk Utilities to format Mac OS Extended (HFS+), a precursor to the current Mac OS Extended. This format was unavailable on the 10.5 system disk.

It now works great on the Beige G3.