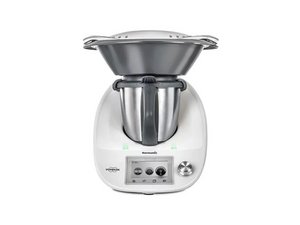 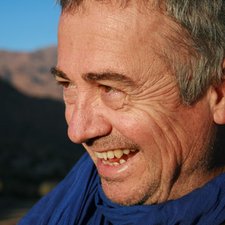 Should I self repair the TM5 scales?

The scales stopped working by just showing 0000 or max limit weight figures when pressing the lid down. A few days later the scales seem to have recovered its sensitiveness yet it appears to be too sensitive and readings show changes even when untouched.

Is it at all worth attempting to repair it or send it to be repaired?

Facing the 0000/max scale issue, after some reading I decided to look into our TM5. I found somehow strange that some people fixed it “cleaning contacts” or just “disassembbling and re-assembling”. I’ve worked before with load cells, and they are “solid” devices, with soldered and glued connections in the cell end (no contacts to clean there).

So I looked at the mainboard end of the load cells wires, at the right back side of the board. While checking the connectors, I noticed that the wires from the three load cells (three groups of four wires each) run quite near the board components, even touching the board, and had ferrite beads around them to reduce electronic noise.

Load cells produce quite small voltage signals, so they are very sensitive to noise from board components. So I just pushed wires and beads some milimeters away from the board, checking they kept there after reassembling.

Now the scale works fine (I’m too lazy for further testing, maybe connecting an oscilloscope probe to load cells output while moving cables would confirm or discard this theory).

I’ll check that. And come back with the results!! Thanks!!!

This worked great for me!

Ángel gave me the track with his technical description to isolate the problem.

I didn't want to disassembly the machine, so I thought that maybe if I could move the wires shaking the machine, it would work.

Then I shake the machine vertically, in its normal position from up to down, and I hit softly the base of the machine against my knee at the end of the movement from up to down while I was sat (not hitting the rubber feet, just in the space among them).

It clearly seems that the TM5 has a design problem, and the wires goes too close to some components that produce electric noise, altering the measuring signal.

Vorwerk should fix this design problem transparently instead of request the customers to send the machine to the technical service and return it without an explanation of the fail.

Just read this thread and took Sergio’s advice which fixed a scale that was going 0 - Max. Thanks Angel for the original inspiration and Sergio for trialling the quick fix.

Sergios method just worked for me too!! And I have been trying to fix this for ages. Please try it!! Had to try twice - second round of banging worked.

If it is still covered by the manufacturer’s warranty, I suggest that you get it repaired by them.

If it is no longer under warranty, here’s a link to the ifixit Thermomix TM5 Repair guide which may be of some help in opening the device to ascertain what the problem may be.

This link may also be of interest. It seems that you are not alone in having problems with the scales in this device.

Dissasembly Thermomix. Unscrew the 3 screws from the weight sensors. Set the sensors correctly and tighten the screws. The scale will work properly.

Also had the same fault with the scales not working. Disassembled unit removed the sensor feet, contact cleaned all parts and re assembled. All working ok now. Super happy