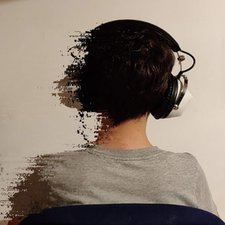 hey, i heard that is technically posible to upgrade my graphics, even tho it depends on the model and the vbios of the card (i’ve heard that the alienware’s vbios works on imacs), i also found an mxm gtx 770m for an alienware (here: https://www.ebay.com/itm/DELL-ALIENWARE-...) and i’m thinking of installing it (it’s also pretty cheap). What do you think?

A serious but, depending on your skills and claim.

and some things more.

One additional comment, to end this discussion. At least from my point of view.

Is it worth the hassle?

All of you are trying to keep a Zombie alive. But a Zombie is already dead!

First I wasn't willing to accept it, which was the reason to repair it over and over again. And to live with this really annoying quirks. Also I’m absolutely sure that it is possible to use old computers like the 2011 iMac. It was an great machine and in theory is still if its working.

But it is also an ill-fated thing, plagued by some faults with IMHO with no good or even acceptable solution.

I wouldn’t recommend to anybody who is not a Mac fanatic to do this.

Let it go and buy something (much) newer.

As a normal Mac user like I’m. Your "hobby" is doing things with your Mac. Not working on constantly to keep it running.

Michael - Most people want the brightness control and you've not using the proper driver so you'll still won't get the full benefit of the board.

In my mind the compromises you are making are not one I'm willing to give up for my customers.

I haven't done it yet as my 10-month old 'bake' of my GPU is holding still, but Michael has stated the 'mostly' correct limitations by using Kepler based MXM GPU cards into 2009-2011 iMacs, here:

The benefits really outweigh the compromises, including the capability of running Mojave and Catalina (with a patch), having Metal available, and much faster and more intense GPU performance. And recently, there's been progress with having a boot screen. No mods on the heatsink are required for some cards too.

Once my ATI card bites the dust again, I'll be installing the already purchased $100 GTX770m card with 3GB instead the stock 512MB and not shelling out significantly more for another computer.

@deltagamma - Yes, with the patched MXM board firmware it could be used.

Do keep in mind you're more advanced than most here, having the skills and tools to reprogram.

I wouldn’t consider myself more advanced, perhaps more adventurous than some - and clearly not to many others. Took me a few weeks researching and getting the necessary parts to only take apart and ‘bake’ my dead ATI 4850 card and to replace it into my iMac, but was the right thing to do. There are great resources available for folks to take these machines apart (including iFixit) and put them together.

And a couple cards are simply plug-and-play without any changes (and are inexpensive). I would suggest people check out their options instead of tossing their old iMacs or operating them in ‘Safe-Mode’ without a GPU.

@deltagamma - True it can support Upto 3 GB but the MXM boards I've seen only have 2 GB. Keep in mind the size of the MXM board is the limiting factor.

Finding the correct board is not trivial! I think you've over glossed it. Trust me! I've spent hours looking and I've even burnt a few boards with the needed firmware which is also not always easy depending on the board series.

I wouldn’t even try…

The boards firmware needs to have the Apple version so unless you have access to the correct firmware and have the tools to flash it to the board, it won’t work.

@wildcheekymonkey - I didn't say I couldn't do it, I made it clear its not worth the effort given all of the other variables involved here. Michael explains more fully the reason its a fools errand.

You can run up too a GT 780 mxm with out any problems …I use a GT 760 mxm 3.0 B with 2gb’s of ram to keep the thermals lower. it needs to be installed on high sierra if possible and it’s a straight swap for the amd one that’s toast… Get one with the Dell Alienware bios or you’ll have to flash the bios before you install it. you don’t lose any features like people say … Lots of good guides on the internet and YouTube , and you will need to remove the motherboard. Max out the ram while your in there and add 1 or 2 SSD’s for storage as there is an extra sata header on the motherboard that is unused, but you’ll need an extra long cable I think it’s about 16 inches and a splitter for the power. I also used a duel 2.5 to 3.5 drive cage to replace the spinning hard drive and dropped in a i7 2600s CPU…Your biggest performance gains will be from the gpu, ram and SSD’s I ran mine in raid zero. once your up and running you can install Mohave without any hacks and still get a few good years out of your machine for a cheap investment… you will not lose the boot screen or screen dimming that’s bullshit …I’ve done this mod several times. If you don’t swap the CPU redo the thermal paste anyways. Lot’s of good tutorials on line that’s why I’m not going to give you a step by step…Good luck it’s not as difficult as it sounds.

Just that I couldn't see it amongst Nvidia list :- https://nvidia.custhelp.com/app/answers/...

@beebster Up to a 780 mxm 3 B, perfect fit for the 27'' Imac...Upgrade to Mohave after install. I went from HIgh Siera without any hacks or special install tools.

According to Luke Miani on YouTube, the Alienware NVIDIA GTX 770M 3GB video card cards work without much hassle. The Nvidia GeForce GTX 765M 2GB MXM 3.0 B was what he was looking for on ebay, so they should work as well.
Go for whatever is less expensive at the moment.
Nothing wrong with a little FrankenMac, is there?

Also, after updating the GPU to an Alienware card, you can use dosdude's Catalina Patcher, maybe keep using the iMac a while longer.