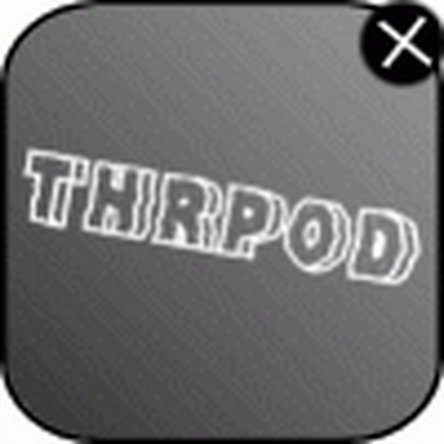 iPhone always reboots after 3 min of use, NO IMEI, NO BLUETOOTH [...]

¤ Solution found : it was the battery which was at the end of it's life. More details below (just change it) 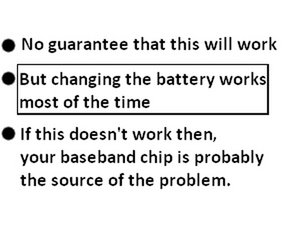 Details : The battery was at the end of its life , it couldn't bring enough power to the baseband chip.

█►► IMPORTANT : ◄◄█ == After replacing the battery you'll need to flash the BB to 06.15 again or if you had stock BB then do a simple restore

Hi, I just bought a used 3GS from Ebay , it was stuck on Recovery Loop , I fixed it.

But then when I started to use the phone , after 3min of use , it will restart by itself. No matter the firmware (tried many versions + jailbroken/non jailbroken ...)

I think it's an hardware issue , what do you suggest me to do ? (I already took it apart , visually seems OK , all connectors are there ...)

ADDITIONNAL INFO : No matter if it's plugged or not , the reboot problem occur

Didn't notice but the baseband seems corrupted 06.15 failed , wifi greyd , bluetooth too . I'll try changing the battery but it might be baseband corruption causing the phone to reboot .

The corruption is software , I might be able to fix it ?

Glad we sorted it out without selling.... Nice one!

thanks for adding this info victor, it should be really helpful to someone!

thanx for the information i will try this thanx

I have the exact same problem and can't fix it

Hi Victor also I am having this issue regarding the original battery .. did it ever show any signs of dieing out ? was the only way to remove the battery and replace new .. can you also tell me how do you think you left out the battery from the board before you placed the new/old battery back and everything worked? cheers

I'd take a look at the battery... it may be that it is not compatible in some way with your phone, or it is at the end of it's life. If the phone doesn't reboot when plugged in to the wall charger then this makes it a bit more clearer that it is the battery. (if you are testing/charging using the pc then the power supply is fairly low compared to the ac outlet)

try replacing the battery first and then see how you go. the only other time I have had something like this was a power button that was sticking.. does the phone actually boot to the home screen and allow you to use it before it crashes?

Added new info , i'll order a battery to see if that can solve the issue (for some it had *other forums*). Battery or baseband failure , I hope it's the battery :(

Oops... You did the iPad 6.15.00 jailbreak?? Or the person before did this? It would be why wifi/Bluetooth are greyed out, I'm not sure if it wipes imei too.

The person before , I wouldn't have done it , i'm not that mad . Is the battery voltage too high ?

Restore with the 4.2.1 custom file. first start the tiny umbrella then put the custom file into itunesby holding shift button to restore. after restore check the imei if have then no problem. if imei= unknown then its very difficult to rebuild the phone have to change the logic board.

you need to check whether you are stuck with the 6.15.00 baseband. check your bootloader..

I'm stuck it's a 3GS no downgrade exists

yes u have corrupted baseband. it will very difficult to recover but can try to do all these steps may be it will recover. put ur phone in dfu mode then restore by red snow with installing ipad baseband with orignal file. means put the orignal file in redsnow then tick on ipad baseband. then start. may be help you.

refer to this article

It sounds like a corrupted/bricked baseband. You're best bet would be to flash the iPad baseband, and hope that it works.

if your 3'rd 4th and 5th serial number are higher than XX128XXX, and you install the ipad baseband, your wifi, imei, and bluetooth will be gone.

there are NOT several reasons for this (imei bluetooth AND firmware missing): It means you or someone with your iphone upgraded to the ipad baseband (6.15.00) using redsn0w in a failed attempt to unlock the phone for other Sim Carriers, and your iphone was made after week 128 (after 28th week in 2011). this is mostly the new 8Gb 3GS. Your phone is now useless because the baseband chip is deprogrammed. You will not be able to EVER install ANY baseband on these new chips again. I have heard the chip can be replaced by a process known as reflow resoldering but I have yet to see this repair done. Does anybody know the retail value of phones in this shape?

Since its made in 2009 37th week, I believe my phone would not be on the Toshiba Chip. I am a beginner when it comes to technical aspects on an iPhone.

Is there any way to fix my iPhone?

Whay does your phone say for firmware?

U mean the Modem Firmware? Its just blank.

Currently the only solution for this issue:

having similar problem every 5 minute reboots my back light went out thought it was lcd because i had a incedent with water but after i got the battery 50% power the light came back so now im wondering if i dont need a new battery too hoping this will fix dont want to restore but ****also message keeps popping up at random indicating this iphone is not optimized for this accesory any suggestion/ help much appreciated!!!

My 3GS had the same symptoms after installing the ipad modem firmware, even after downgrading. Phone was rendered useless, rebooting, no wifi, not responsive, etc. Thought it was bricked for good.

Desperately I did a restore as new from itunes to IOS6 and new firmware 05.16.07, now everything is working as new! Needless to say I am relieved. Now will seriously think about it before attempting to jailbreak/unlock it again.

mine was flashed ipad baseband and its restarting after 3 min i downgraded basebandit but is the same, i checked the baseband chip it is old one 36MY1EE so it cant be the baseband damaged it.

it was the battery, now it works perfect :)

I have ipad1 but no have imei, boot verísion , and baseband on forec0ast,

I try restore in iTunes, edit hosts, tinyumbrela, redsnow but no write baseband or imei or bootloader, in iPhone 3GS the redsnow fix it, but in ipad i not found solution,i read in this page this( possible battery dead) but battery charge and hold on the ipad 1 Hr,is possible resoldering the nand whith new imei and baseband?

Use freeware iPhone Care to fix it！

4. Slim down iOS devices and free up space