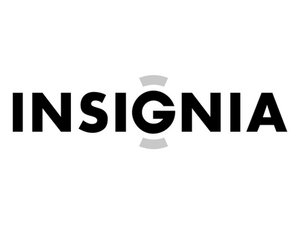 Repair and troubleshooting guides for televisions with the Insignia brand. Insignia televisions are exclusively sold by Best Buy.

My son hit the TV LCD couple of times. First it got a vertical line and then next day the line became thicker. After that one more line appeared same day and then half display became black and with the half black and white. And within hours screen turned black with sound on. I unplugged the power supply and plugged it back the logo of insignia appears and then screen goes black all the way.

Is anyone know which part I have to replace to fix it.

My TV LCD n26 insignia remote only turns it on an off . And its stuck on vag mold.

If your television is not displaying an image even though it is turned on, see the Insignia NS-24ER310NA17 Picture Does Not Appear problem page for possible causes and solutions.

Without seeing it and just going by your description, this is surely a broken LCD. There is no repair. You will have to try to find a replacement. Remove the back of your TV and take a look a the panel. There should be a label which identifies the panels maker and model. Use those numbers to try and find a replacement.