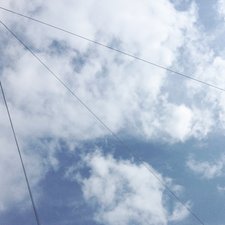 Hey guys! I’ve been having some trouble in regards to the microphone on my iPhone 8 when using apps. Whenever I record a video on snapchat and play it back, the sound that the microphone picked up from what I was recording is extremely quiet and muffled? I’ve cleaned out my microphone, restarted my phone multiple times, i’ve checked the restrictions on my mic in settings as well as deleting and reinstalling the apps however it still doesn’t work? I recorded a video on snapchat and it was extremely muffled and quiet (you could barely even hear it with earphones in on full volume) and then i went onto the camera app and recorded the exact same thing and you could hear it perfectly clear and loud as it should be. But then once again on snapchat and instagram it sounds awful? This problem is also happening on the voice memos app aswell? The only one it works on is camera.

As you can imagine this is pretty frustrating when trying to record stuff using apps other than the camera app. If anybody has any ideas or anything that could help me it would mean a lot as i’ve searched for ages to try and find answers but still nothing!

i have the same problem on my iphone 6 s did u find a solution?